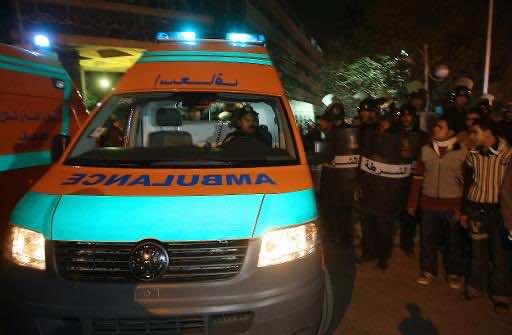 Egyptian security sources said the explosion in the city, north of Cairo, was massive and a part of the building had caved in.

They said the bombing killed at least nine people and wounded another 110.

“The majority of the casualties are from the police. The explosion was caused by a car bomb,” Omar al-Shawatsi, the governor of Daqahleya, of which Mansoura is the capital, told state media.

The impact of the explosion was felt around 20 kilometres (12 miles) away and shattered windows of nearby buildings, the security sources said.

The head of the security for Daqahleya, Sami El-Mihi, was wounded in the blast and two of his aides were killed, security sources said.

Islamist militants have stepped up attacks on Egyptian security forces since the ouster of president Mohamed Morsi by the army on July 3.

More than 100 members of the security forces have been killed across the country since Morsi’s ouster.