NAIROBI - Kenya has stepped up diplomatic efforts to resolve the South Sudan crisis even as it continued with evacuation of its nationals from the country. 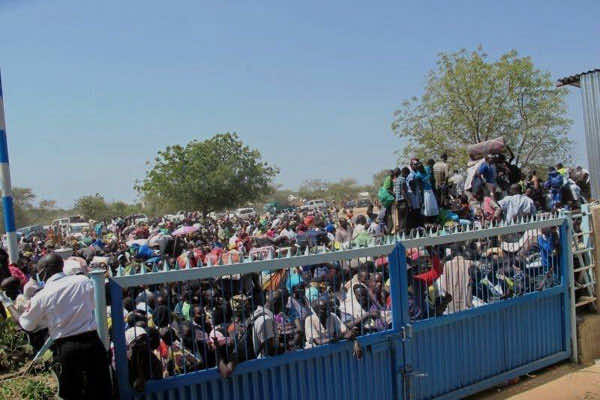 NAIROBI – Kenya has stepped up diplomatic efforts to resolve the South Sudan crisis even as it continued with evacuation of its nationals from the country.

The Foreign Ministry on Tuesday confirmed that a mediation team appointed by President Uhuru Kenyatta, which include two top peace negotiators who have previously been involved with South Sudan , Ambassador Bethwel Kiplagat and Elija Sumbeiwo, were already in Juba.

“Efforts to resolve the crisis through dialogue are in top gear and our mediation team are already in Juba,” Foreign Affairs Permanent Secretary Dr. Karanja Kibicho, told AA.

He also confirmed that evacuation efforts involving the use of military planes was still on, adding that 107 more Kenyans arrived in Nairobi on Monday while another 150 were expected home today.

However, 1,600 Kenyans are still stuck in the UN camp in Bor, Jonglei State which is now in the hands of rebels under the command of the former South Sudan Vice President Dr. Rieck Machar.

It has been difficult for Kenyan military planes to land in Bor, where even a US military plane on rescue mission of its nationals came under fire from the rebels. The weary Kenyans who arrived Monday evening described harrowing experiences.

“We could not take anything. Many people have been shot dead and many others injured. We just ran to the UN camp in Juba with what we could carry and the children,”  Prisca Waithera told AA on arrival.

Most of the Kenyans evacuated were involved in doing business and lost a lot of property.

“I have lost everything I have worked for the last three years. The soldiers and local people looted all my property. I am not going back there,” said John Kariuki who had a chain of shops in Juba.

The government has dispatched more buses to Juba through Uganda after getting guarantees of the safety and protection from the South Sudanese government.

“The corridor from Juba through Kampala is safe and we are sending more buses to help with the evacuation,” said Dr. Kibicho.

“I am happy to be back home, safe with my family but I don’t know how I will survive with my family as I lost everything and I have been away from home for the last four years,” said Elijah Mulanda from western Kenya.

The government has announced that those evacuated will be given some financial aid for survival as they settle.

Meanwhile, cargo destined for South Sudan yesterday was piling up at the Mombasa Port following the crisis which has made transportation difficult.

Kenya Airport Authority officials said there was a growing pile up of cargo which will affect the port’s storage capacity if the crisis is not resolved quickly to speed up the transportation of the cargo.