CAIRO – The Muslim Brotherhood has denounced a deadly explosion that targeted a police headquarters in the Nile Delta province of Daqahliya earlier Tuesday. 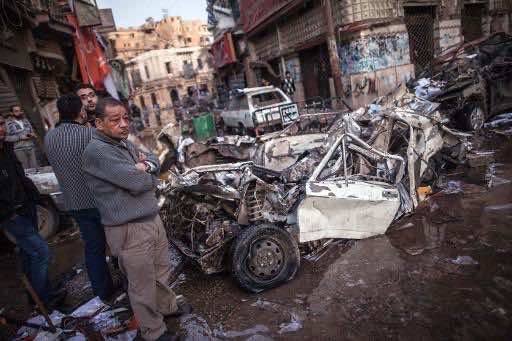 CAIRO – The Muslim Brotherhood has denounced a deadly explosion that targeted a police headquarters in the Nile Delta province of Daqahliya earlier Tuesday.

The Brotherhood “considers this act a direct assault on the unity of the Egyptian people and demands an immediate inquiry so that the crime’s perpetrators might be brought to justice,” read a statement issued by the group.

At least 12 policemen were killed and 134 others injured when a powerful explosion rocked the Daqahliya Security Directorate early Tuesday, the Interior Ministry said.

“It’s no surprise that Beblawi, the military junta’s puppet prime minister, has decided to exploit the blood of innocent Egyptians with inflammatory statements intended to sow further violence, chaos and instability,” the statement said.

Since the July 3 ouster of president Mohamed Morsi by the military, Egypt’s new military-backed rulers have launched a wide-ranging crackdown on Islamist figures and movements, especially the Brotherhood – the group from which Morsi hails.

Authorities have detained hundreds of the group’s high- and mid-ranking members, including Brotherhood Supreme Guide Mohamed Badie and two of his top aides.

Much of Egypt’s pro-army media has portrayed the crackdown on the Brotherhood and Morsi’s Islamist allies as a “war against terrorism.”

Egypt Christians hope for peace after months of unrest 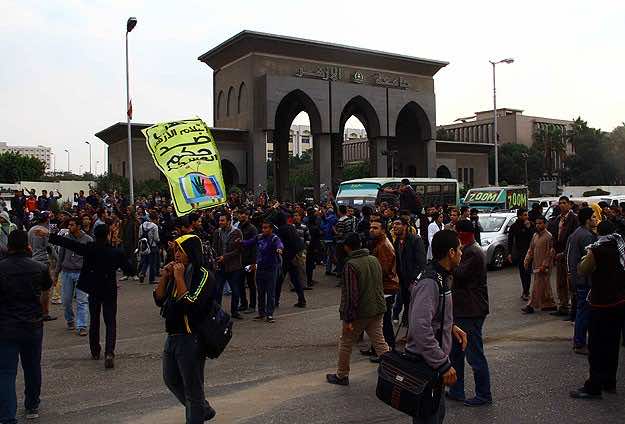