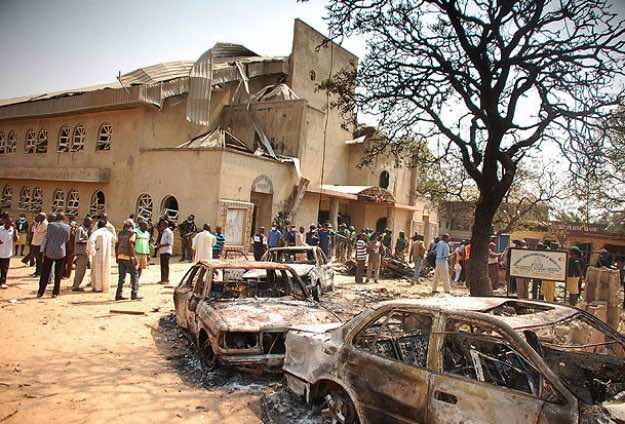 LAGOS– Nigerian authorities confirmed on Tuesday that 15 soldiers and 50 militants had been killed in last weekend’s Boko Haram attack on a military barracks in the village of Bama in Nigeria’s northeastern Borno State, an epicenter of the ongoing insurgency.

“Although a good number of the insurgents escaped with bullet wounds while some have been arrested, over 50 of them died in the course of the exchange of fire with ground troops in ongoing operations to apprehend fleeing terrorists,” army spokesman Maj. Gen. Chris Olukolade said in a statement.

He said the military had deployed fighter jets to pursue fleeing militants who had staged an attack on the Mohammed Kuru Barracks.

The spokesman added that the army had been able to destroy 20 vehicles during an attempt by the militants to cross the border into neighboring Cameroon.

“The vehicles were the ones used during the attack on the barracks and were sighted through air surveillance as the terrorists were making efforts to cross the borders back to their haven in Cameroon,” Olukolade said.

He said that five civilians had been killed in the militant attack, adding that affected families had been relocated to military formations elsewhere in the state.

Insiders, however, told AA that “several members” of the soldiers’ families had been killed in the attack.

Some Bama residents also claimed that the militants had abducted a number of women and children from the barracks.

Olukolade, however, denied this in a telephone interview with AA on Tuesday.

“No member of our families is missing from the attack,” he said.

The Bama incident has again raised doubts about the military’s claim to have weakened the insurgents’ capacity to carry out deadly attacks.

It comes less than one month after Boko Haram militants attacked an airbase in Maiduguri, capital city of Borno, the Maiduguri International Airport and other soft targets in the city, leaving a number of soldiers and civilians dead and key military equipment destroyed.

Boko Haram, a hitherto peaceful organization that had preached against corruption, suddenly turned violent in 2009 following the murder of group leader Mohamed Yusuf while in police custody.

In the years since, the group has been blamed for thousands of terrorist acts, including attacks on churches and security posts across Nigeria’s northern region, especially the three northeastern states of Borno, Yobe and Adamawa.

Although it claims to want an Islamist government in the region, Nigerian Muslims – most of whom reject Boko Haram as un-Islamic – have also been targeted by the militant group.