Bethlehem (Palestinian Territories) (AFP) - Thousands of worshippers and tourists from around the world flocked Tuesday to Jesus's birthplace in Bethlehem, as the Middle East reels from conflicts and Pope Francis celebrates his first Christmas mass. 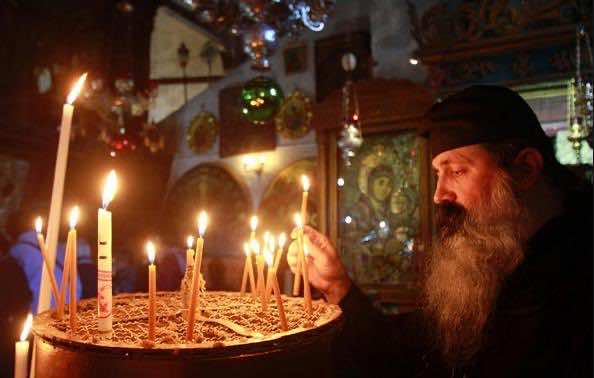 Bethlehem (Palestinian Territories) (AFP) – Thousands of worshippers and tourists from around the world flocked Tuesday to Jesus’s birthplace in Bethlehem, as the Middle East reels from conflicts and Pope Francis celebrates his first Christmas mass.

Jerusalem’s Latin patriarch will lead a procession to Bethlehem and celebrate midnight mass in the holy city attended by Palestinian president Mahmud Abbas and other dignitaries.

Christmas this year comes as conflicts and natural disasters have stricken Christians worldwide, from the historic Syrian town of Maalula where residents still speak Jesus’s ancient Aramaic, to typhoon-hit Tacloban in the Philippines.

Filipinos who survived the deadly typhoon Haiyan defiantly prepared to celebrate Christmas in their ruined communities Tuesday where hogs were being roasted, festive trees adorned streets and churches were filled to overflowing. 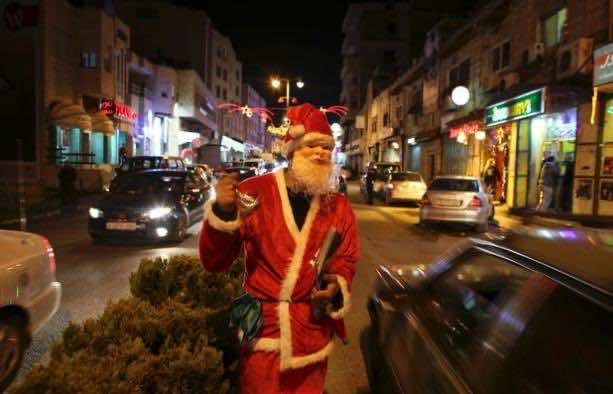 “Nothing can stop us from welcoming Christmas even though we have lost our home,” 63-year-old butcher’s wife Ellen Miano told AFP in Tacloban.

In a Christmas message last week, Fuad Twal, the Latin patriarch of Jerusalem, spoke of the sufferings of the Palestinian people and the vicious conflict that has rocked Syria for 33 months.

Twal, the top Catholic cleric in the Holy Land, said Israeli-Palestinian peace talks that resumed in July after a three-year hiatus were being hampered by Israeli settlement construction.

“As long as this problem is not resolved, the people of our region will suffer,” said Twal, adding the Israel-Palestinian conflict was “a major obstacle” to Middle East stability.

The patriarch also called for a ceasefire in Syria, where bloody fighting between regime forces and rebels trying to overthrow President Bashar al-Assad has killed an estimated 126,000 people since March 2011.

“As the Syrian problem cannot be resolved by the force of arms,” he said.

“We call on all political leaders to assume the responsibility for finding a mutually acceptable political solution that will end the senseless violence and uphold respect for the dignity of people.”

For Maalula residents it will be a grim Christmas as hundreds of Christians have fled a rebel assault on their ancient hamlet and have taken shelter in the Syrian capital Damascus.

Pope Francis, who has repeatedly prayed for an end to the Syrian conflict and spoken against international armed intervention since his election in March, plans to make his first visit to the Holy Land in May next year.

The Argentine pope will first visit Jordan, then Israel and the Palestinian territories and is expected to celebrate high mass in Bethlehem. The Vatican is expected to officially announce the visit after Christmas.

Francis has voiced growing concern about the plight of Christian minorities in Syria and across majority Muslim Arab nations, where democracy protests have toppled autocratic leaders and seen the emergence of radical Islam since 2011.

In November the pontiff insisted in a meeting with patriarchs from Syria, Iran and Iraq that he will not accept a Middle East without Christians.

“We will not resign ourselves to imagining a Middle East without Christians,” he said, calling for “the universal right to lead a dignified life and freely practise one’s own faith to be respected”.

“Syria, Iraq, Egypt and other areas of the Holy Land sometimes overflow with tears.”

Eastern Christians number between an estimated 10 and 13 million, with minorities living in Muslim-majority Lebanon, Egypt, Jordan, Syria and the Palestinian territories, as well as Israel.

On a light-hearted note, the US government said it had officially cleared Santa Claus for entry to the United States from Tuesday after the authorities waived stringent livestock checks on his nine reindeer.