Morocco World News
Home Culture “Queen of the Desert,” another International Movie with a Moroccan Fragrance

Casablanca - “Morocco has its own Hollywood,” said a reporter on France 24 previously. The reporter alluded to Morocco’s exotic city, Ouarzazate, now deemed as “the Mecca” of prominent international movie directors. 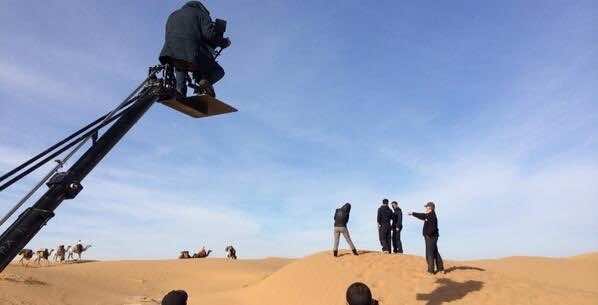 By
youssef sourgo
-
Youssef Sourgo is currently a Master’s student in Linguistic and Literary studies at Ain Chok Faculty of Letters and Humanities.
Dec 24, 2013

Casablanca – “Morocco has its own Hollywood,” said a reporter on France 24 previously. The reporter alluded to Morocco’s exotic city, Ouarzazate, now deemed as “the Mecca” of prominent international movie directors.

Gladiator (2000), Alexander (2004), Mummies: Secrets of the Pharaohs (2007), among numerous other internationally celebrated blockbusters, have all had their success seeds planted in the Moroccan soil.

The exotic magnetism of the Moroccan landscape continues to lure prodigious movie producers worldwide. It is in Merzouga, a small village in southeastern Morocco, about 50 kilometers from the Algerian border, where magic is happening currently!

“Queen of the Desert” is the title of the new movie project now in the making in Morocco. And superstar Nicole Kidman is on the list. The movie diva will arrive in Morocco in January 2014 to start shooting of the film.

According to famous film news website Allocine.fr, the movie centers on Gertrude Bell (Nicole Kidman), a women of letters, a political analyst and a spy who travels to the Middle East in the 20th century to defend British interests in this region of the world.

Other celebrities in the movie are the Twilight Saga’s Robert Patterson, and potentially Spider Man’s James Franco, who is expected, according to Allocine, to replace the British actor who excelled in Sherlock Holmes, Jude Law.

Besides some of the scenes that are to be filmed in Morocco, other scenes of the film will be shot in London and Jordan.

In addition to the international light that Morocco’s exotic, movie-friendly landscapes have placed the kingdom in, it has also allowed new sources of income to some Moroccans, who resorted to acting as their final financial exit.

“I couldn’t complete my studies because of financial constraints,” shares a Moroccan second-role actor with France 24 in a previous report.

“I did a series of jobs subsequently. My interactions with different people from all walks of life taught me how to act in a spontaneous way,” he further explains.

Morocco has proved to have a share in Hollywood’s continuous quest for the most credible movie experiences. Unsurprisingly, visitors from all corners of the world now come to Morocco, captivated by the exoticism and magic the Moroccan setting radiates in international films.