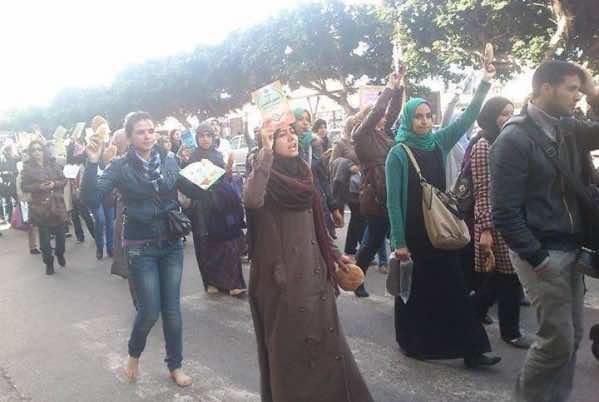 Rabat – More than 6000 Moroccan teachers are staging a hunger strike to protest against their exclusion from their legitimate right of promotion and to demand integration in the suitable grades based on their M.A and B.A degrees.

The teachers’ feeling of oppression and exclusion stems from the fact that the Moroccan government promoted all teachers who hold M.A and B.A degrees and excluded, without any convincing excuse, the groups of 2012 and 2013 who hold the same degrees.

The hunger strike represents an escalation of strike after teachers left schools and took to the streets in daily on-going protests and sits-in, leaving hundreds of thousands of students out of school for more than 40 days. In their statements on Facebook, some teacher stated that they would hang themselves to death if the government continues to deprive them of their legitimate rights and turn a deaf ear to their demands.

The Moroccan government continues to use aggressive and unconstitutional police tactics to intimidate teachers from demanding their rights. The Moroccan public forces have sent tens of teachers to hospital and arrested nearly 40 of them in their different violent and brutal attacks starting from the beginning of the strike on November 19th.  Instead of engaging in a serious dialogue, the ministry of education declared that it started replacing the teachers on strike and would lay them off if they did not go back to their classrooms. 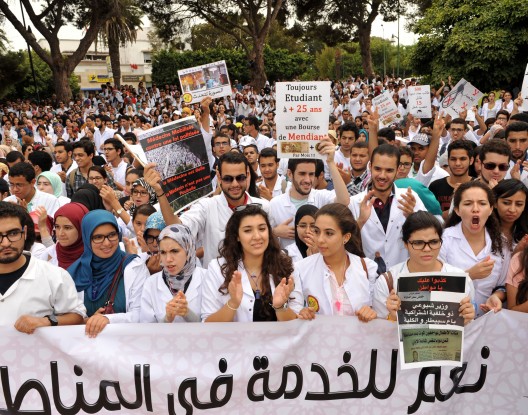