Casablanca - A Moroccan prostitute has shares her experience on TV. Broadcast on Morocco’s Medi1 TV channel, TV Show “Kissat A’naas” is known for raising eyebrows with the breathtaking, shocking experiences its guests share with Moroccan viewers. 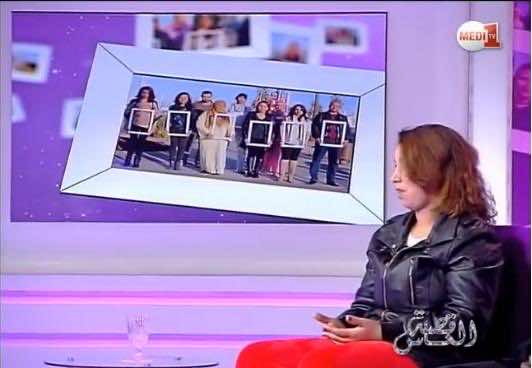 By
youssef sourgo
-
Youssef Sourgo is currently a Master’s student in Linguistic and Literary studies at Ain Chok Faculty of Letters and Humanities.
Dec 28, 2013

Casablanca – A Moroccan prostitute has shares her experience on TV. Broadcast on Morocco’s Medi1 TV channel, TV Show “Kissat A’naas” is known for raising eyebrows with the breathtaking, shocking experiences its guests share with Moroccan viewers.

A taboo in the kingdom, prostitution is seldom talked about. But this time a sex worker was invited on a TV show to share her experience with the Moroccan audience and the causes that led her to sell her body.

Hasna, who’s been a prostitute since she was 16, shared her shocking, yet heartrending story as a street woman.

On her poverty-stricken family and their touch-and-go familial relationships, Hasna said that her father abandoned her when she was still 2 years old.

“He left us when I was still 2 years old, and my mother was pregnant with my little sister at that time,” she said.

Hasna’s parents had not got along well and the slightest fight was easily conductive to a dramatic end, something that accounts for the father’s abandonment of his family.

For this reason, Hasna was deprived of the basic right of having herself identified in the civil registry.

Hasna acknowledged her mother’s sacrifices for her. The mother had to work as house cleaner for several houses in order to enable her daughter to receive an education.

Inexistent in the civil registry, it was impossible for Hasna to get any job. “My mother got gravely sick and frail, and I had to support the rest of my family. The only exit for me was the street,” Hasna said.

First of its kind on a Moroccan TV Show, Hasna’s shocking story with prostitution casted light on a dark layer of Moroccan society, in which individuals are forced to detach themselves from their principles and moral codes of conducts for the sake of survival.

After 10 years as a prostitute, 26-year, alcoholic Hasna aspires to find a job, found a family and settle down like any women of her age.