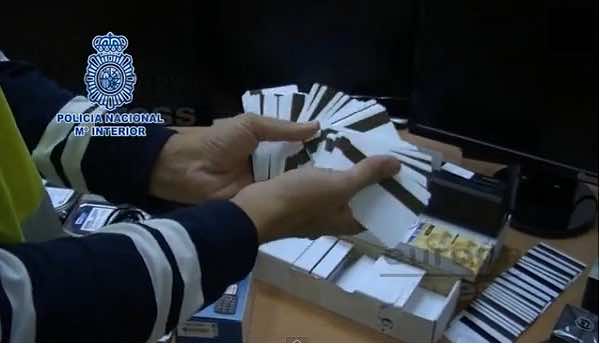 By
Larbi Arbaoui
-
Larbi is a freelance writer and assistant editor at Morocco World News.
Dec 29, 2013

Taroudant- According to Europa Press, Spanish police on Sunday said they had arrested two Moroccans and six Rumanians suspected over one of the most spectacular bank heists in history.

The source said that a gang of “cyber-criminals” helped to steal “more than $60 million from banks worldwide” by hacking into financial databases and withdrawing money from ATM machines.

According to the same source, the eight suspects were following the instructions of an IT expert who was arrested in Germany. The ringleader was capable of hacking into the databases used by credit card processing firms and could modify security settings, including PIN number restrictions and withdrawal limits, before getting cells worldwide to fake credit cards using some of the information.

Connected with a series of global bank heists, the hacking gang was able last February to make transactions “from ATMs in 23 countries”, and walked away with “some $40 million” in cash in just 13 hours.

The cyber thieves don’t wear masks or use guns, but are highly skilled hackers that penetrate bank systems in a high sophisticated technique and transfer money to accounts or use ATMs to withdraw money with the help of other coordinators on spot.

The arrest of the 8 alleged hackers was conducted by the Spanish police with the help of an American security agency. 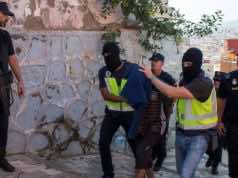