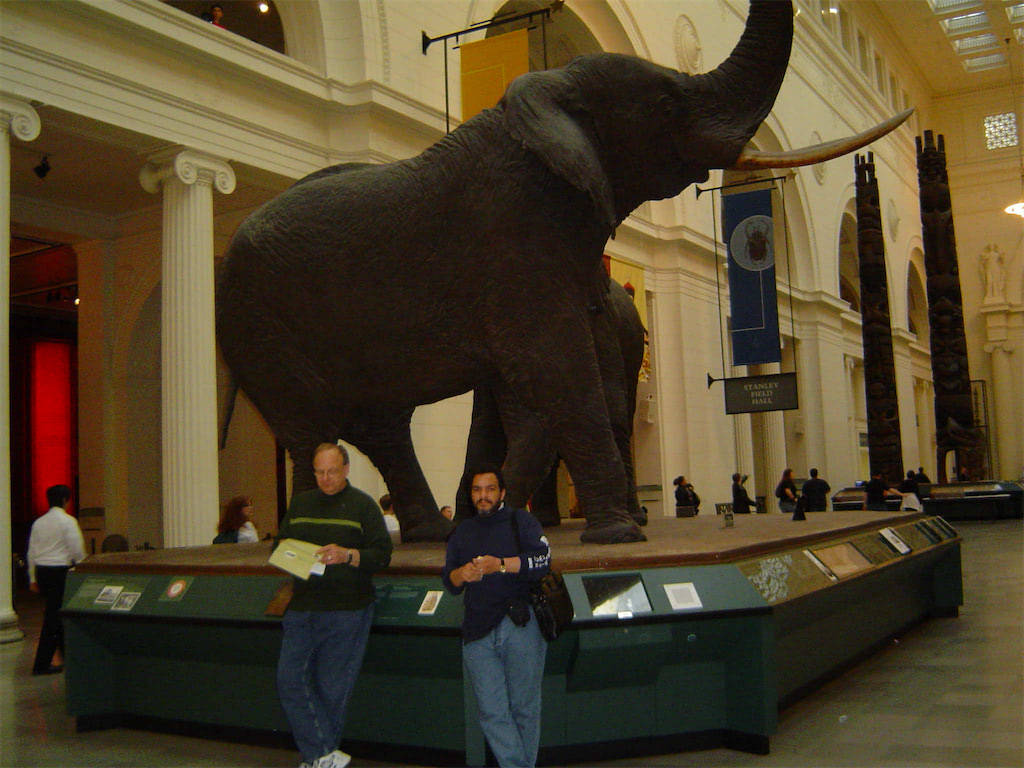 Inezgan, Morocco- I love visiting museums and universities. For one thing, both places in general contain or ought to contain the essence of knowledge, science and wisdom coupled with artifacts, inventions and discoveries of past generations. For another, they can provide once in a lifetime opportunities for a great many and create a long lasting impact on present day generations as well as generations to come.

However, unlike universities where a student or alumnus has to spend what may seem an eternity getting his “knowledge jigsaw puzzle” built and made sense of, museums seem to be more generous in revealing their valuable treasures and quickly unfolding their secrets to whoever is willing to attentively watch, listen and intelligently experiment and interact.

For the love of museums, I have managed to seize the opportunity of visiting Chicago, Illinois and spent some time at the following institutions: The Science and Industry Museum, John Shedd aquarium and the Field Museum of natural history. The Hemingway museum had also been on my list but I was not fortunate enough to have made it there.

The Field Museum, situated across from Soldier Field Stadium, is among the largest museums of natural history both in the US and the world. Visitors to this institution are in the millions annually. Foreign as well as national visitors flock on a daily basis to have a glimpse of what the great Field Museum can offer them. Eager school boys and girls on field trips with their teachers are also a common sight at the museum.

The institution that started in 1893 following the World’s Columbian exposition has been housed in its recent location much later than the date it got established. Makers of the pride of the Field museum are a number of permanent exhibitions such as: The hall of mammals, the Grainger hall of gems, Africa, Ancient Egypt, Ancient Americas, hall of birds, Pacific Spirits and much more that I could not keep a vivid image of in my long term memory as I visited the Museum some eleven years ago.

It is worth mentioning that the main hall to the Field museum provides extraordinary exhibitions. They are probably meant to whet the visitor’s appetite and excite his curiosity for further discovery. The very large size fighting African elephants are one attraction of focus within the main hall. Another attraction is “Sue” the most complete dinosaur in exhibition worldwide. “Sue” was added to the museum collection in 2000, so it was on display rather recently.

What can add to the attraction of a museum to my mind is its ability to associate some of its exhibitions with legend and try hard to amplify that legend through the media. This is particularly true with the lions of Tsavo or the man-eaters of Tsavo as the media presented them. I am sure the story behind the man-eaters of Tsavo greatly impacted generations of Americans and foreigners alike. The impact of such a story was much greater on Americans for one good reason: The person who got rid of the man-eaters of Tsavo was an American high ranking soldier turned into a hero as a result of his valiant accomplishment to stop the brutality of the “Tsavo murderers”.

It is common that museums of international renown borrow certain out of the common items from other world famous museums. As a result some museum exhibitions are temporary in nature. I have read many times for instance that treasures from the Egyptian museum, Cairo had been on display at American museums. 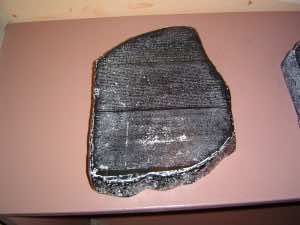 One borrowed historical artifact I happened to see at the Field museum was the Rosetta stone. I was particularly interested in this stone because of the different types of linguistic encoded messages it contained. The stone discovered near the village of Rasheed in Egypt by members of the French expedition led by Napoleon Bonaparte and decoded by Champoleon was the great key to deciphering hieroglyphics and hence unveiling the great ancient civilization of Egypt.

What I would like to point out here is that the linguistic richness of ancient Egyptian civilization at some particular era of its existence was of capital importance. Without it, people of the present day world would not have had the faintest clue to solving the mysteries and unraveling the treasures of ancient Egypt.

If I may talk about the linguistic situation in Morocco, it is worth mentioning that Moroccans are linguistically gifted people and the lesson they ought to take from the story of the Rosetta stone is that they ought to go on with the policy of linguistic openness but above all consider it as means rather than an end in itself.

I round up this piece with the capital importance of visiting museums to young and adults alike as they offer the visitor an immense knowledge span graciously displayed to cater for all needs to go on learning and discovering on a life-long basis.