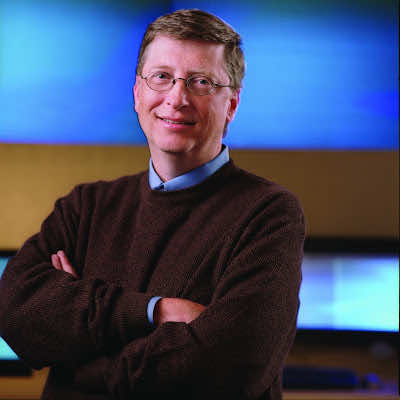 Bill Gates recaptured the title of world’s richest person from Mexican investor Carlos Slim, the year’s biggest gainer by adding $15.8 billion to his wealth according to the Bloomberg Billionaires Index, a daily ranking of the world’s 300 wealthiest individuals.

According to the index, the richest people on the planet got even richer in 2013, adding $524 billion to their collective net worth.

The aggregate net worth of the world’s top billionaires stood at $3.7 trillion at the market close on Dec. 31, according to the ranking.

The biggest gains came in the technology industry, which soared 28 percent during the year.

The second wealthiest man in the world, Mexican tycoon Carlos Slim, now is worth $72 billion.

Bill Gates, the founder and chairman of Redmod, Washington-based Microsoft Corp, increased his wealth by $15.8 billion to $78.5 billion, according to the index, as shares of Microsoft, the world’s largest software maker, rose 40 percent.

Gates’s fortune has also benefited from a rally in stock holdings that include the Canadian National Railway Co. and sanitizing-products maker Ecolab Inc., which rose 34 percent and 45 percent respectively.

Less than a quarter of Gates’s fortune is held in Microsoft. He’s donated $28 billion to the Bill & Melinda Gates Foundation.

Christy Walton, worth $39.1 billion, the world’s richest woman is the widow of John T. Walton, the second son of Wal-Mart founder Sam Walton. After John’s death in 2005, Christy inherited her husband’s fortune, which consists of a 9.8 percent stake in Wal-Mart, the largest private employer in the U.S., and a 29 percent stake in First Solar, a manufacturer of solar panels.

The world’s 16th richest person, Saudi Prince Alwaleed Al Saud is the founder of Kingdom Holding, a Riyadh-based conglomerate that has investments in hotels, real estate and other publicly traded securities. He also holds an 80 percent stake in Rotana, one of the biggest media companies in the Middle East. The Saudi billionaire  remained the Middle East’s wealthiest person. He ended the year with a net worth of $32.4 billion, up $3.7 billion for the year.

Lynsi Torres, the 30-year-old president and owner of In-N-Out Burger, is the youngest female billionaire in the U.S. Her fast-food empire valued at more than $1 billion, according to Bloomberg.

The Bloomberg report said that Mark Zuckerberg was technology’s biggest dollar gainer, adding $12.4 billion to his net worth as Facebook Inc. shares more than doubled. The chief executive officer of the world’s largest social-networking company sold more than $2 billion in stock last month and donated another $1 billion to the Silicon Valley Community Foundation.

The fortunes of Larry Page and Sergey Brin, the founders of Google Inc., surged about $10 billion each as the world’s largest search-engine business rose 58 percent.

The biggest gainer in Asia was Macau casino mogul Lui Che Woo, who added $14.2 billion to his net worth.

Aliko Dangote is Africa’s richest person. The founder of Dangote Group, one of the continent’s largest conglomerates, added $9.2 billion during the year. He’s the 30th-richest person in the world.

Laurene Jobs, the widow of Steve Jobs, inherited her late husband’s stakes in Walt Disney, the world’s biggest media enterprise, and Apple, the most valuable company on the planet. A former investment banker, Jobs has helped create a number of commercial and charitable organizations, including natural foods maker Terravera, the Emerson Collective and College Trac. now worth $13.4 billion.

Nassef Sawisis, Egypt’s richest person owns about one-third of construction and fertilizer company, OCI. His other assets include a 23.3 percent interest in Texas Industries and about 16 percent of French building materials operation LaFarge, which bought Orascom Cement for $12.8 billion in 2007. Sawiris’ father founded OCI’s predecessor, Orascom Construction, in 1950.

Eike Batista is the biggest loser in 2013. Brazil’s richest man, lost his most fortunes. His net worth declined more than $12 billion during the year. OGX Petroleo & Gas Participacoes SA, the oil company that transformed him into Brazil’s richest man, filed for bankruptcy protection in October. Batista was the world’s eighth-richest person in March 2012, and now has a negative net worth, according to the Bloomberg ranking.