Sidi Ifni- Bouchra Baibanou, a 44-year-old Moroccan woman, has decided to climb the seven highest peaks of the world, staring from Friday, January 3 in Argentina. 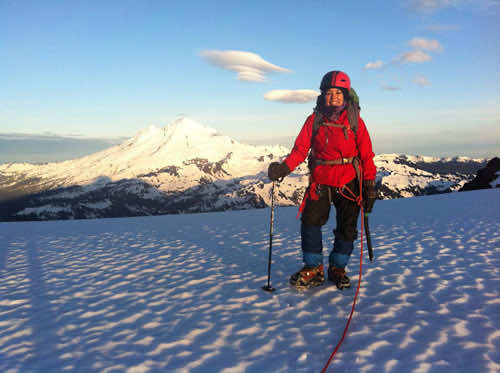 Sidi Ifni- Bouchra Baibanou, a 44-year-old Moroccan woman, has decided to climb the seven highest peaks of the world, staring from Friday, January 3 in Argentina.

After successfully climbing Mount Elbrus and Kilimanjaro, she is now determined to conquer the Aconcagua.

Even though her mission is deemed by many as challenging, she has expressed her ambition to defy nature and win the honor of being one of the conquerors of the world’s summits.

Owing to adverse weather conditions, she failed to ascend the Aconcagua in 2012.

Following her failed attempt, Baibanou travelled to the United States to receive some solid training on alpinism at the North Cascades Mountain in Seattle.

Having gained some rarefied experience, such as climbing Toubkal and other mountains, she is currently aiming to conquer the 6,962 meter high Argentinian summit.

A mother of a young girl, Baibanou has always believed in the possibility of realizing one’s dreams.

“I want to prove to everyone that dreams can come true,” Bouchra was quoted by Media 24 as saying.

“All we need to realize them is will and enough preparation,” she added.

Moreover, she intends to join the group of women who are eager to conquer the seven highest peaks of each continent.

So far, Bouchra is the first Moroccan woman who has taken on this adventurous feat.

An engineer at the Ministry of Equipment and Transport, she has found great delight in ecotourism and nature.

Commenting on her home country Morocco, she said, “I am proud to represent my country”.

“I hope to set the Moroccan flag on the highest world summits” she told Media24.