CAIRO– The foreign lawyers who will attend the trial will come from different countries, including Belgium, France, Turkey, and Germany. 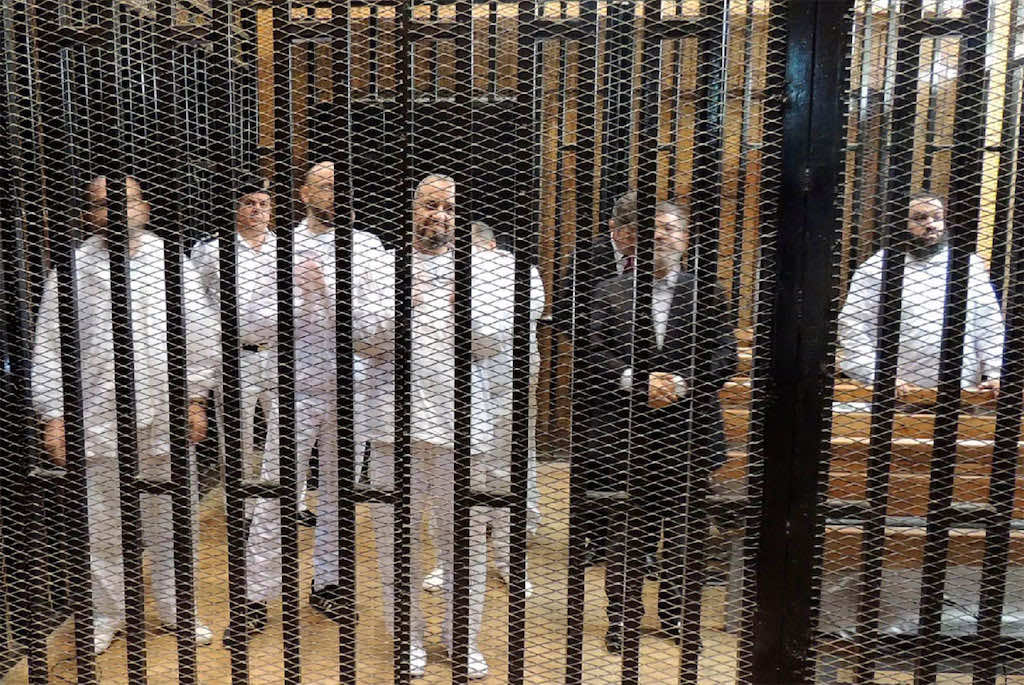 CAIRO– The foreign lawyers who will attend the trial will come from different countries, including Belgium, France, Turkey, and Germany.

Egypt’s Bar Association said Friday that it had approved a request by an international rights group to send a delegation of foreign lawyers to attend the second session of the trial of Egypt’s ousted president Mohamed Morsi, due on Wednesday.

The self-styled International Alliance for Rights and Freedoms asked to send eight foreign attorneys to Morsi’s trial, the first session of which was held on November 4, the association said.

Morsi, Egypt’s first freely-elected civilian president, appeared in court in November with seven other defendants to answer charges that he had incited the murder of demonstrators in 2012.

It was his first public appearance since his July 3 ouster by the military following massive demonstrations against his presidency.

The International Alliance for Rights and Freedoms was formed in Turkey last November. It groups legal experts and lawyers from different countries to back efforts for bringing interim government officials to international courts over what it said serious violations committed following Morsi’s ouster.

The foreign lawyers who will attend the trial will come from different countries, including Belgium, France, Turkey, and Germany.

The Egyptian government had already denied the alliance permits to send its own lawyers to the first session.

An alliance member told Anadolu Agency that it would seek to form a fact-finding committee to investigate conditions in Egypt after Morsi’s ouster through meetings with government officials and the families of the victims of the violence that happened over the past months.

Morsi refuses to recognize the trial’s legitimacy and has refused to take on any formal legal representation.

He faces further accusations by Egypt’s new military-backed government of “conspiring” with Gaza-based resistance faction Hamas with the aim of carrying out “hostile acts” inside Egypt.

He also faces charges of helping prisoners – including himself – break out of jail during Egypt’s 2011 revolution, sabotaging public property and abducting security personnel.