Casablanca - The bulk of literature that attributes transcendentalist traits to the historically celebrated American President, Abraham Lincoln, refers to one of his historical, political speeches: the Gettysburg Address. 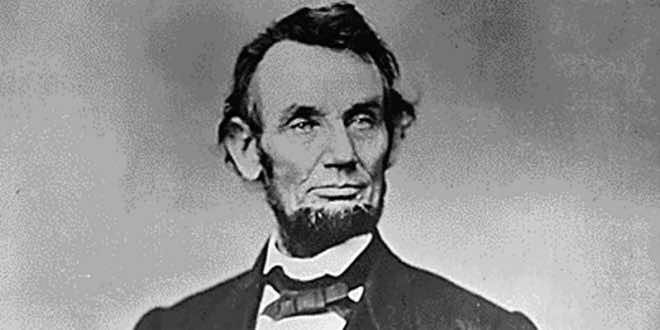 By
youssef sourgo
-
Youssef Sourgo is currently a Master’s student in Linguistic and Literary studies at Ain Chok Faculty of Letters and Humanities.
Jan 5, 2014

Casablanca – The bulk of literature that attributes transcendentalist traits to the historically celebrated American President, Abraham Lincoln, refers to one of his historical, political speeches: the Gettysburg Address.

His conceptualization of ‘equality’ and democracy manifested in the text of this historical address, discernibly echo the same conceptualizations of the two notions by most prominent, American transcendentalist intellectuals (Hartshorne 2008).

Let us examine this excerpt from the text of his Gettysburg Address to see how his concept of equality radiates transcendentalist ideals:

Four score and seven years ago, our fathers brought forth upon this continent a new nation: conceived in liberty, and dedicated to the proposition that all men are created equal. (Lincoln 1863)

The idea of the “self-evident truth of equality” embedded in the sentence ‘all men are created equal’ is commensurate to the transcendentalist notion of the ‘divine equality of each soul’ (Gura). After the American Revolution, the promise of gender quality that was once the prime concern of transcendentalists’ vision of society, expanded in scope to encapsulate a sense of equality for all men, specifically amid the turbulent epoch of American civil war.

Transcendentalists believed in all humans’ capability to transcend the ‘physical world,’ in order to achieve what is dubbed the ‘transcendentalist experience. Transcendentalists held that all humans were endowed with such transcendental ability. Seemingly, it is from this very particular universalizing approach to the human potential that Lincoln retrieved his conceptualization of the notion of equality.

Still within our examination of transcendentalist influences on Lincoln’s political thought, mainly discernable in his Gettysburg Address, let us consider another widely celebrated excerpt from the text of this address—this time putting Lincoln’s conceptualization of democracy in the limelight :

[…] that this nation, under God, shall have a new birth of freedom — and that government of the people, by the people, for the people, shall not perish from the earth. (Lincoln 1863)

What seemed to be a common concern between Lincoln and representatives of the transcendentalist movement was the concept of democracy. Prominent American, transcendentalist figures, such as Ralph Waldo Emerson, embarked on the theorization of democracy, eventually promoting a philosophy that shifted ‘the nation of many to a nation of one’ (Otto 1). Looking back at the excerpt above, taken from Lincoln’s Gettysburg Address, we sense the same conceptualization of democracy advocated by Emerson surfacing, mainly in the notion of ‘unification’ Lincoln assigned to the defining mission of American government.

Pondering how to fix it, Whitman asked himself where was the Union of States located? He decided it was to be found in the hearts and minds of the country’s citizens, in their participation in the flow of natural evolution, not in a charter on paper: “To hold men together by paper and seal or by compulsion is no account, / That only holds men together which aggregates all in a living principle . . .” (4)

To elucidate Setzer’s contention above, let us consider Grosman’s (1985) study, entitled “The Poetics of Union in Whitman and Lincoln: An Inquiry toward the Relationship of Art and Policy.” What Whitman hints at through the phrase ‘to hold men together’, is what Gosman elaborates on as “the common project” of Emerson, Thoreau and  Whitman, which is addressing the issue of union amidst the American civil war (184). Democracy in this sense was regarded as the monolithic, idealist buttress upon which the “unifying project” was grounded. The idea of the government standing for the ‘whole’, and the whole solidifying the government radiates the same principle of universal experience advocated by the transcendentalists, in which nature, as a monolithic, recurrent notion in their writings, stands for a unifying, metaphysical entity.

United States’ most celebrated President, the legendary Abraham Lincoln, was largely influenced by the transcendental philosophy. This article has been a humble attempt to shed light on some of the manifestations of such influence on Lincoln’s political thought. The transcendentalist conceptualization of democracy and equality enormously inspired President Lincoln’s own conceptualization of these two principles, upon which America’s founding fathers built the country. It also significantly affected the way he saw these two idealist concepts concretely manifested in the United States.