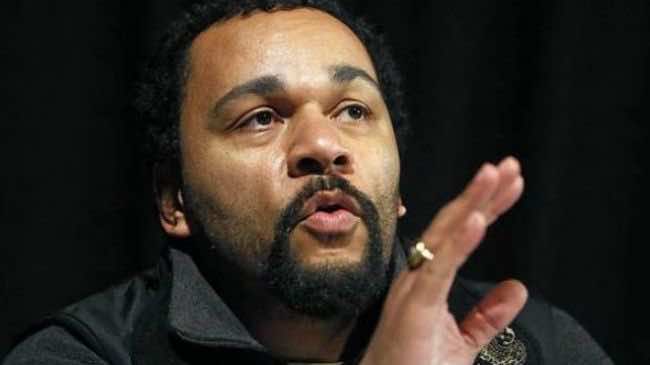 French comedian Dieudonne whose vitriolic brand of humour targeting Jews has caused outrage, faces a country-wide ban on his performances.

Dieudonne has gone too far in promoting anti-Semitism and holocaust denial, Interior Minister Manuel Valls said on Tuesday implying the comedian can be banned if he insists on anti-Semitic racist jokes.

M’bala, who was sued by Jewish associations in France with the accusation of “inciting hate crime in public”, was convicted on seven occasions.

Dieudonne also known as “M’bala M’bala”, is due to start touring and performing in France on January 9.

Marseille and Bordeaux are both exploring the possibility of a ban on his shows. Caen, Montbéliard and Nice have already canceled his shows.

Dieudonne, 46, Paris-born son of a Cameroonian father and French mother, began his comedy career with a Jewish sidekick in the early 1990s and appeared in several films. Originally active with anti-racist left-wing groups, he began openly criticizing Jews and Israel in 2002 and ran in the European elections two years later with a pro-Palestinian party.