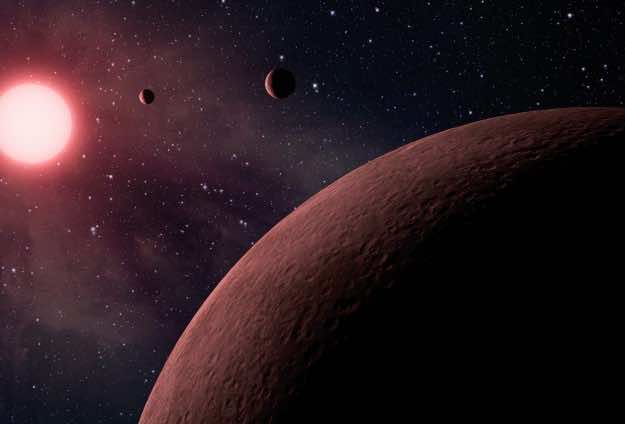 ANKARA- With its mass and physical dimension, KOI-314c is the lighest planet discovered so far and is said to have a surface temperature of 104.4 celsius.

An international team of astronomers discovered the first mass-Earth planet that transits or crosses in front of its host star. Despite having a low density, the planet named KOI-314c has its own mass and is covered with a gassy atmosphere.

“This planet might have the same mass as Earth, but it is certainly not Earth-like,” said David Kipping of the Harvard-Smithsonian Center for Astrophysics.

The planet KOI-314c, which is 60 percent larger than Earth despite having the same weight, orbits a star named Tiny Red Dwarf, located 200 light years away, which it circles every 23 days.

With its mass and physical dimension, KOI-314c is the lightest planet discovered so far.

The planet’s surface temperature is said to be 104.4 Celsius and due to its high temperature, it is probably impossible to see a spark of life on the planet.