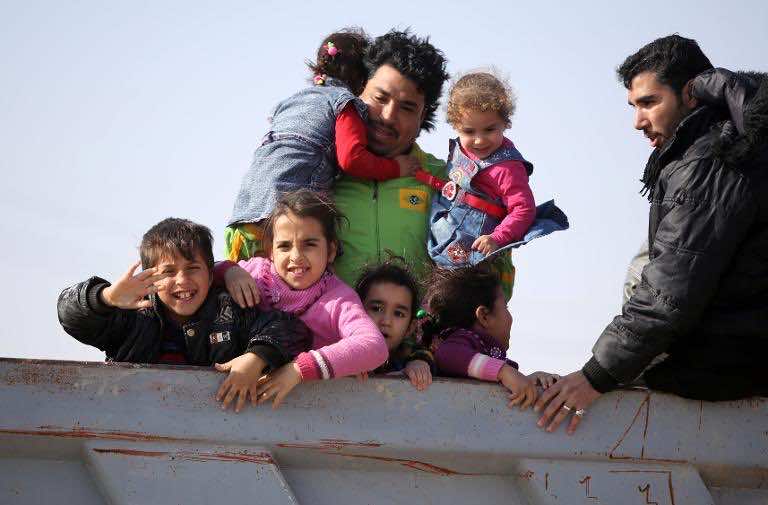 And though traffic police returned to its streets, some shops reopened and more cars could be seen, Fallujah was still hit by clashes and shelling, after an Al-Qaeda-linked group urged Sunnis to keep fighting the Shiite-led government.

Fallujah and parts of nearby Ramadi, both in the western province of Anbar which borders Syria, have been outside government hands for days — the first time militants have exercised such open control in major cities since the height of the insurgency that followed the 2003 US-led invasion.

On Wednesday, the Iraqi Red Crescent said it had provided humanitarian assistance to more than 8,000 families across Anbar but added that upwards of 13,000 had fled and were living with relatives, or in schools or other public buildings.

“There is a critical humanitarian situation in Anbar province which is likely to worsen as operations continue,” Nickolay Mladenov, the UN special envoy to Iraq, said in a statement.

“The situation in Fallujah is particularly concerning as existing stocks of food, water and life-saving medicines begin to run out.”

Earlier on Wednesday, uniformed traffic police, whose sole responsibility is directing vehicles and controlling intersections, were back on the streets in several parts of central Fallujah, an AFP journalist reported.

They were apparently on duty with the blessing of the gunmen, whose allegiance was not immediately clear.

The gunmen were deployed in areas around the edge of Fallujah, at the entrances of neighbourhoods, and on bridges — including one from which the bodies of American contractors were infamously hung in 2004, prompting the first of two US assaults that year.

Some shops in the city reopened, and light traffic returned to the streets. But the city still faces the threat of an assault by soldiers deployed nearby.

The Al-Qaeda-linked Islamic State of Iraq and the Levant (ISIL) has been active in Fallujah, but so have anti-government tribes.

The security forces have meanwhile recruited their own tribal allies in the fighting that has raged in Anbar province for more than a week and killed more than 250 people.

Near the provincial capital Ramadi, meanwhile, soldiers backed by helicopters battled gunmen in the Khaldiyah area, a police captain said.

“Do not lay the weapon down, because if you put it down this time, the (Shiites) will enslave you and you will not rise again,” Adnani said in a recording.

A military spokesman has said an assault on Fallujah was on hold for fear of civilian casualties.

Attacking the Sunni-majority city would be a significant test for Iraqi security forces, who have yet to undertake such a major operation without the backing of US troops, who withdrew in December 2011.

It would also be extremely sensitive politically, as it would inflame already high tensions between the Sunni Arab minority and the government.

Both Ramadi and Fallujah were insurgent strongholds in the years after 2003, and Fallujah was the target of two major assaults in which US forces saw some of their heaviest fighting since the Vietnam War.

They eventually wrested back control of Anbar with the support of Sunni tribesmen who formed the Sahwa (Awakening) militias, which allied with US troops against Al-Qaeda from late 2006.

But Sunni militants have regained strength, bolstered by the war in neighbouring Syria and widespread Sunni Arab anger with the federal government.

The violence spread to Fallujah, and militants moved in and seized the city and parts of Ramadi after security forces withdrew.