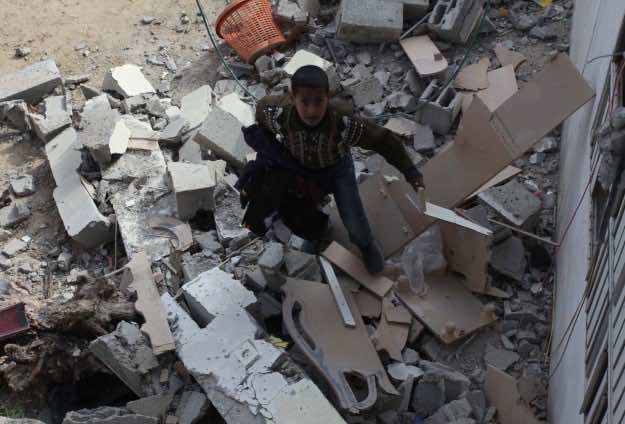 JERUSALEM– Israeli military forces leave three families without shelter and destroy the only available water pipe to the community in the Jordan Valley.

The residents have been left without shelter for themselves and their livestock in the harsh winter weather conditions, Israeli Human Rights Network B’Tselem Director Jessica Montell said in a report.

The Israeli military also destroy the only water pipe available to the residents.

Stressing that it is unlawful to displace people from their homes and lands under the excuse of Israeli army military training in occupied territories, the report reads: “The Civil Administration determined that the buildings must be demolished, citing the argument that the community is located in a closed military zone used as a firing zone. The expulsion of residents of an occupied territory from their homes for the purpose of military training by the occupying power is unlawful. International Humanitarian Law stipulates that such expulsion is permissible only in the case of imperative military needs or to safeguard the local population.”

“The domestic Israeli debates as well as the diplomatic debates are being conducted in complete detachment from the reality on the ground in the Jordan Valley, which is home to thousands of Palestinians. These Palestinian residents live in difficult conditions, subject to harassment and continuous threats from Israeli authorities,” the report added.

The demolition of the residential compound in Khirbet ‘Ein Karzaliyah without offering the residents any viable alternative runs contrary to Israel’s obligations and is in blatant violation of the International Humanitarian Law rules which Israel has undertaken to uphold, Montell stated.