SRINAGAR - A year after the infamous gang rape in Delhi, an Indian gun company makes a revolver specially designed for women, but the high price makes it unaffordable for those most susceptible to rape. 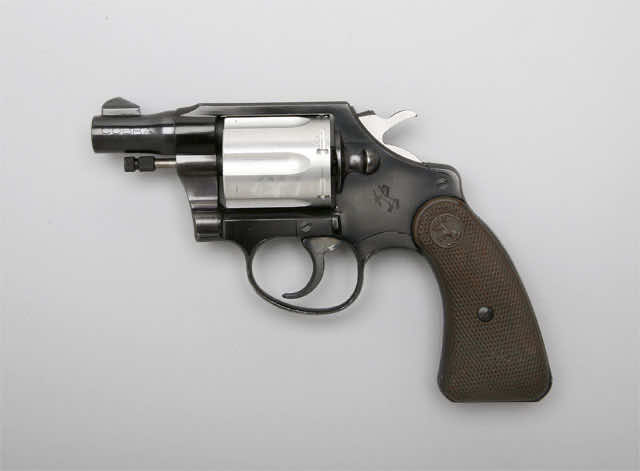 SRINAGAR – A year after the infamous gang rape in Delhi, an Indian gun company makes a revolver specially designed for women, but the high price makes it unaffordable for those most susceptible to rape.

A year after the gang rape of a 23-year old young woman in Indian capital New Delhi brought crimes against women in the country into the spotlight, a gun company in India has come out with a .32 bore light weight revolver specifically designed for women.

The firearm, India’s first one designed for women, will be available in markets this February but it has already received advance bookings.

“It is a very light weight gun, weighs only 525 grams… Nirbheek- as we have called it- can easily fit into a small bag and is easy to use,” R.V. Rao, Works Manager at Indian Ordinance Factory (IOF) which manufactured the gun, told AA.

According to the manufacturer based in Kanpur, the revolver is first IOF handgun made of titanium alloy and has already received 20 orders, most of them from female gun license holders.

After Nirbhaya was raped by six men on a local bus on December 16, 2012, massive protests flooded the streets in Delhi, asking for changes in rape laws and stricter punishment against people convicted of rape as focus suddenly turned to crimes against women.

According to government data, 24,923 rape cases were filed in 2012, but the number of actual rape cases is believed to be much higher due to victims not reporting such crimes. Capital Delhi is often known as the rape capital of India.

For more than a year now, Naveed Iqbal – a 25-year-old female journalist working in Delhi – has been carrying a Swiss Army knife and pepper spray in her bag. She works as a reporter and often arrives at her hostel late in the evenings, sometimes at night in auto-rickshaws, but believes she would never carry a gun like Nirbheek.

“I would not want to carry a lethal firearm on me,” Iqbal told AA. “I would rather keep my pepper spray and knife on me, knowing that it is a form of defense but not something that could kill a person.”

“It is way too expensive for women like Nirbhaya, who take autos-rickshaws and local buses. And those who can actually buy it would be the ones who have personal vehicles, which alone makes them less susceptible to rape,” Iqbal said.

Meanwhile the revolver has already received around 80 formal enquiries and over 20 orders.

“The revolver can fire six rounds loaded in a revolving chamber, and in case of a misfired round, there is no effect on the next shot, as happens in a pistol,” Rao told AA.