Bordeaux- Allegations of cheating which led to the First Lady's hospitalization might be addressed during a press conference. 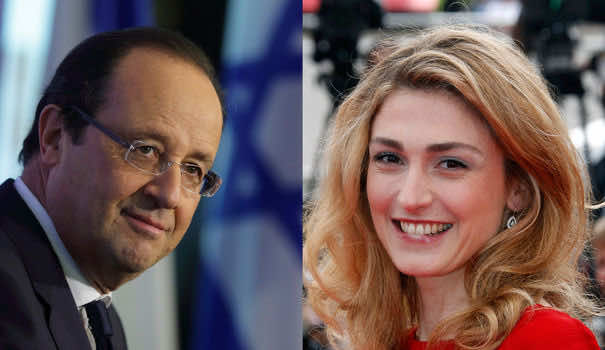 Bordeaux– Allegations of cheating which led to the First Lady’s hospitalization might be addressed during a press conference.

French President François Hollande has had a rough weekend. Already the least popular President of the Fifth Republic, he is now facing more trouble after the revelation by tabloid Closer of his affair with French actress Julie Gayet.

The cover of the magazine, released on Friday, shows pictures of Hollande leaving the Presidential Palace on a scooter and entering an apartment located a few streets away. The next morning, his personal bodyguards are seen delivering croissants to the love nest and taking the President back to his office.

Later on Friday, Hollande’s girlfriend and official partner, journalist Valérie Trierweiler, was rushed to a private hospital. Her team released an official statement claiming she needs to rest after suffering from depression.

French magazine Le Point revealed in an online poll that 89 per cent of the French think Mr Hollande “should announce his separation from Valerie Trierweiler”.When he was elected a year an a half ago, critics arose saying that since the couple is not married, Trierweiler should not get the privileges given to the First Lady. These include a staff of five, executive travel by private jet and limousine as well as the use of official residences, paid with public funds. She is also widely unpopular because of a comment she made on Twitter regarding Hollande’s ex-wife and former presidential candidate Ségolène Royal.

The President has yet to speak about the event, and it is believed he will do so during the first press conference of the year, set to take place on Tuesday. The opposition was quick to denounce the President’s actions, saying it “gives a bad image of France abroad and that the press conference is now sure to focus on his personal woes rather than more important topics such as unemployment.”

Indeed, the event has already made international headlines, newspapers reusing the cliché that the French are naturally unfaithful, and comparing Hollande to former President Mitterrand who also had an affair during his time in office and had an illegitimate child.

© Morocco World News. All Rights Reserved. This material may not be published, rewritten orredistributed.