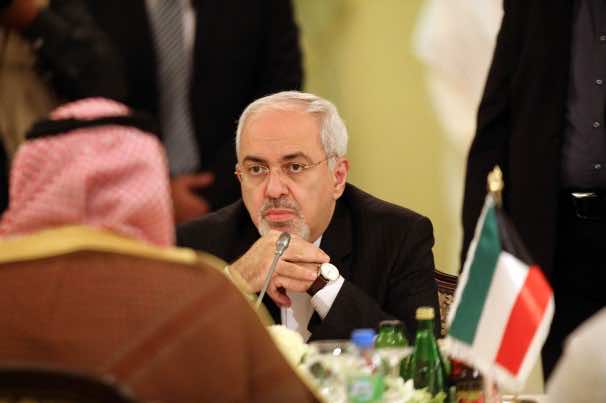 Speaking at a meeting with Lebanese President Michel Suleiman, Zarif said “it is imperative to have good relations with Arab countries, especially Saudi Arabia” to foster regional stability, according to a statement released by the Lebanese Presidency.

The top diplomat, who had arrived in Beirut Sunday, said his government would pursue efforts to enhance regional stability whether or not it was invited to attend the Geneva II conference on the Syrian crisis.

The Geneva II conference, set to kick off on January 22, is aimed at resolving the ongoing crisis in violence-wracked Syria.

Zarif expressed satisfaction with what he described as “positive climate” in Lebanon.

He thanked the Lebanese president for identifying the perpetrators of a deadly blast that targeted the Iranian embassy in Beirut in November, which killed at least 24 people, including the Iranian culture attaché.

In December, the Lebanese government arrested Majid al-Majid, the leader of the Abdullah Azzam Brigades, which claimed responsibility for the embassy bombing.

President Suleiman, for his part, underlined the importance of dialogue between Iran and Arab countries.

He said the Geneva conference should draft a roadmap for a peaceful solution to the Syrian crisis.

Syria has been in the throes of conflict since 2011 when a peaceful uprising against President Bashar al-Assad escalated into civil war following a violent government crackdown.

According to the UN, more than 100,000 people have been killed in the conflict to date.