Casablanca - “Women Participating in Public Life” is a program run by the British Council across four North African countries, including Morocco, Tunisia, Libya, and Egypt.  It is funded by the Foreign & commonwealth office of the British government. 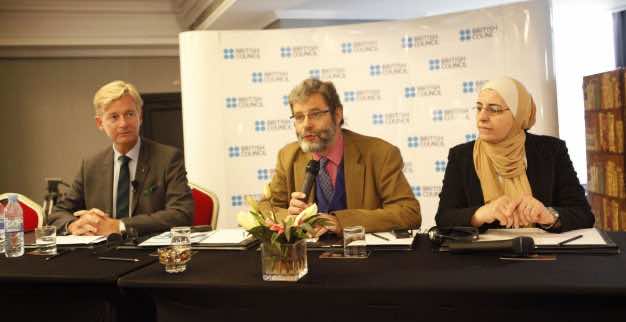 Casablanca – “Women Participating in Public Life” is a program run by the British Council across four North African countries, including Morocco, Tunisia, Libya, and Egypt.  It is funded by the Foreign & commonwealth office of the British government.

The program focuses on supporting women to be more active in public life, either at the local level within their own community, or by participating in the political life, or by being part of nongovernmental organizations. At a national level, the British Council is supporting existing and emerging coalitions that are working to improve women’s role in public life and increase community empowerment as their countries transition into open and inclusive democracies.

According to the British ambassador in Morocco, Mr. Clive Alderton, the reason behind making this project is the absence of women from the workplace, which is one of the great drags on development in the MENA region. “The full participation of women in public life is vital to the healthy growth of societies anywhere in the world, especially in this region. Also, with the Arab spring, MENA region is making a transition towards democracy with policies based on facts and actions rather than beliefs and thoughts,” said Mr. Clive Alderton. 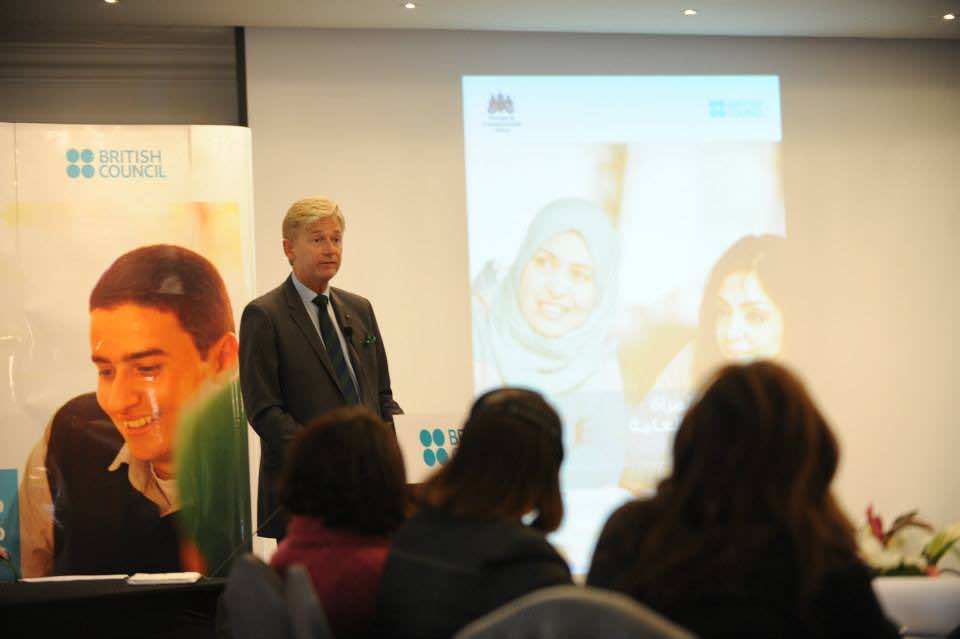 ‘INTRAC (International NGO Training and Research Center), the leading British training and research agency and partner of the project, is working on developing the capacity of partner organizations and supporting the four countries’ research plans.

In each country, teams are researching clear and different themes, ranging from legislative approaches to getting women into the Egyptian parliament, through building awareness of women’s rights in Tunisia to challenging negative male attitudes towards female participation in Libya.

In Morocco, the team is working on the economic independence and personal self-confidence that must underpin any successful person. The research is followed by workshops in which the participants share and analyze the output each country group has in order to come up with a successful and appropriate action research plan.

“The workshops come within the research previously made for this project, where some NGOs’ members in the four countries are trained to start the process of how to do action researches to be able to base any judgment made on evidence, facts, and statistics,” Tamara Alkhas – Programs Manager, British Council Middle East & North Africa, told MWN.

“The whole learning within this process is towards how we get women to be more self-confident in their countries. The confidence they need to start working on this project comes when they are reassured that their challenges is mutual across the four countries and the whole world in general,” she added.

Participants were unanimous to point out that self-confidence is of paramount importance in empowering women in the region. The question is how can women be confident of themselves in these countries, taking into consideration social, culture a and political issues.

Ms. Aicha Chenna, Founder & President of the Association Solidarité Féminine told MWN: “in order for women to gain self-confidence in their countries, they have to be present in the associative world and be active in the social work by choosing a cause and devoting time and energy to it. Focusing on children or women issues can be an example.”

“There are many associations in Morocco who can help them get into the work. By gaining enough knowledge and being aware of the problems and challenges the society faces, women will have the necessary courage that allows them to speak up for their own rights and those of their country,” she added.

Ms. Aicha Chenna is a good example of a woman who has been working with NGOs for a long time. She acquired enough knowledge and experience, which enabled her to develop self-confidence to the extent that she can confront politicians and convey the sufferings of women in general.

Because of the positive impact seen in the process of this project, it is planned to be expanded to other MENA countries, mainly Palestine, Jordan and Lebanon.

Ms. Tamara Alkhas emphasized that “based on the results of the first year of the program, the British Council is seeing that there is real value in the methodology according to the research and output of the four countries. It would be a great opportunity to implement the program in Palestine, Jordan and Lebanon.”

“We see there is a big demand in these countries for such projects because of the similarity of the situation as they are related to instability, difficulties in implementing some laws, regulations and legal issues,” she added.