Sidi Ifni- An old woman sobbed hysterically in front of the lower court in Tiznit, a city in Southern Morocco, after a man had allegedly confiscated her house by using fake documents. 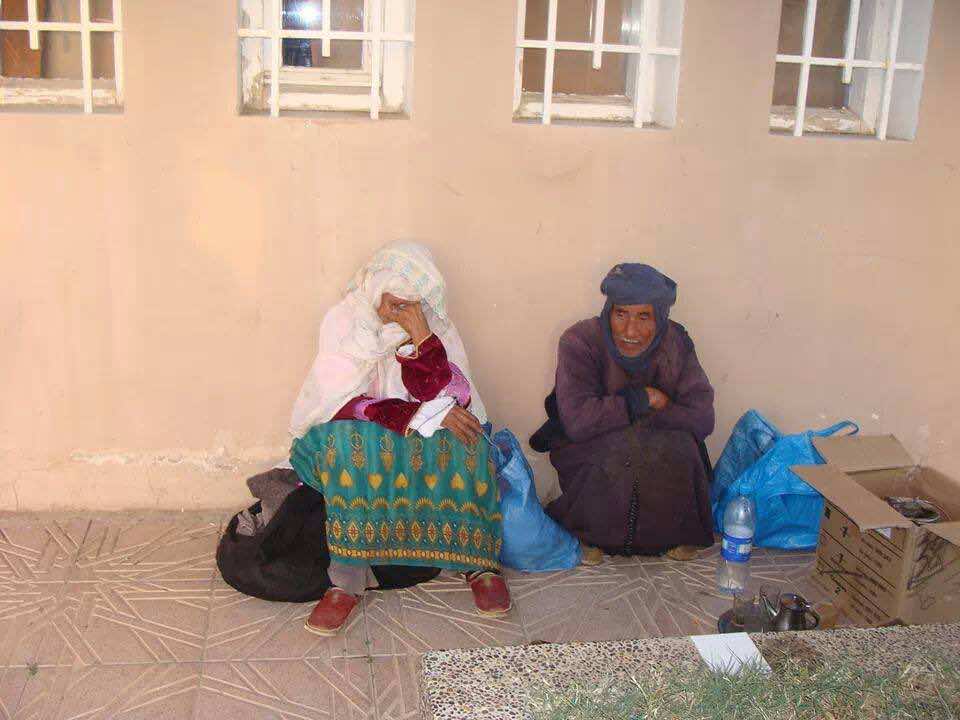 Sidi Ifni- An old woman sobbed hysterically in front of the lower court in Tiznit, a city in Southern Morocco, after a man had allegedly confiscated her house by using fake documents.

The sobbing woman, along with her seventy-year-old husband, staged an open-ended sit-in on Thursday in front of the court, calling for an immediate intervention to reinstate their house.

The woman had no other choice but to cry out against the injustice done to her, particularly after she had grown sick and tired of waiting for a fair trial.

The video showed her lying on the ground, crying hysterically, turning on her back, moving restlessly, writhing in distress, and making spastic movements out of injustice.

“What the hell is this? Are we living in chaos?” the man asked, addressing the court. “They are paid bribes and they get whatever they want. They are not telling the truth. They are liars.”

Her husband, for his part, spoke out against the injustice and tried to prove to the people present that the confiscated house was their property and no one else’s.

“They are thieves, they are scoundrels, “the woman said as she lay on the ground.

According to the old couple, a man named Hassan Ouazani had forced them to get out of their house after he had shown them fake documents.

“I have witnesses. It is our house, not his,” said the old man, looking indignant.

“When we call for our right, they throw stones at us,“ he added.

The heart-rending and gut-wrenching scene spurred some Moroccans to share the video of the old couple. The public rebuked the case and call on the Ministry of Justice to intervene.

A few people called on the authorities and civil society to put an end to the injustice that, if left untried, will undoubtedly tarnish the image of Morocco.