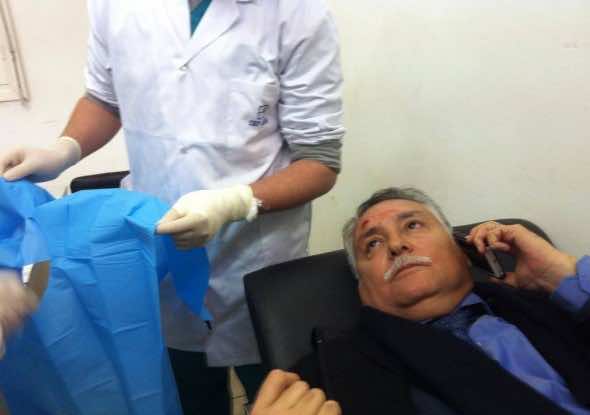 By
Adnane Bennis
-
Adnane Bennis is a national of Morocco, obtained his Bachelor’s Degree in Computer and Information Science from East west University in Chicago.
Jan 19, 2014

Fez- Nabil Benabdellah, Moroccan Minister of Housing was assaulted on Sunday in Assa Zag, a small town in southern Morocco.

The assault occurred during a meeting of his party, the Party of Progress and Socialism (PPS). The Minister, who is also the Secretary General of the PPS, was stoned as he was delivering a speech during his party’s rally.

Benabdellah was slightly wounded in the head. He was transported to the hospital to receive the necessary care. In spite of the assault, the Minister managed to come back to the meeting.

The assailants have eventually been arrested by law enforcement officers.

This is the second time in less than two weeks that a Moroccan Minister is assaulted while discharging his mission. On January 8, Mohammed El Wardi, Minister of Health, who is also from the PPS, was assaulted by three pharmacists as he was exiting the headquarters of the parliament.