Moscow- A defiant Syrian President Bashar al-Assad said Sunday he had no plans to stand down, stressing that only the Syrian people had the right to determine the country's future. 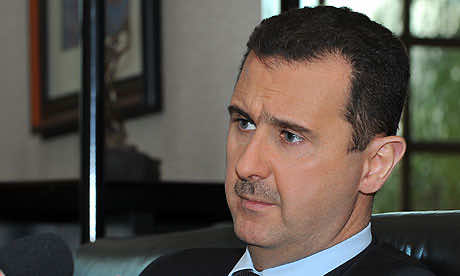 Moscow- A defiant Syrian President Bashar al-Assad said Sunday he had no plans to stand down, stressing that only the Syrian people had the right to determine the country’s future.

“If we wanted to surrender we would have surrendered from the start,” Assad told Russian parliament members during a meeting in Damascus.