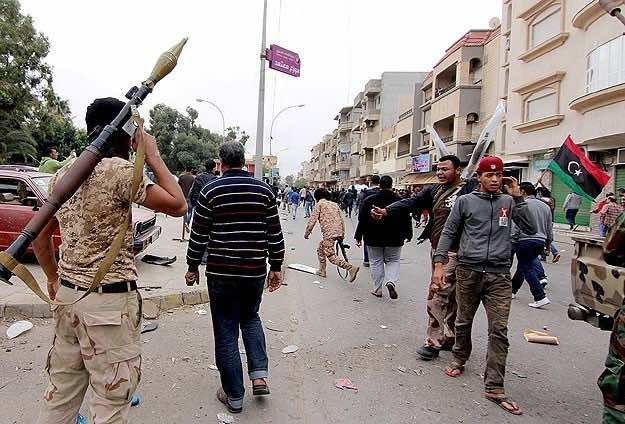 At least 24 people were killed late Sunday in clashes between Libyan security forces and loyalists of the country’s late strongman Muammar Gaddafi, a security source said.

A police force headed to Warash al-Thana area, southwest of Tripoli, to arrest individuals who had raised posters of the slain leader, the source told Anadolu Agency.

Libyan authorities are yet to comment on the reported clashes.

The violence came one day after the army said it had recaptured Tamahid, the largest air force base in southern Libya.

On Saturday, Libyan Prime Minister Ali Zeidan said militants loyal to Gaddafi had captured the Tamahid air force base in the southwestern city of Sabha, the scene of deadly clashes between tribesmen and military forces over the past two weeks.

Libyans have struggled to restore order to their country since Gaddafi’s death in late 2011.

The transitional government and its security forces, meanwhile, have struggled to contain the armed militias that helped overthrow Gaddafi but which held onto their weapons after the 2011 uprising.