ISTANBUL - Opposition coalition suspends its decision to attend peace talks on January 22 as UN's Ban invites Iran to the conference. 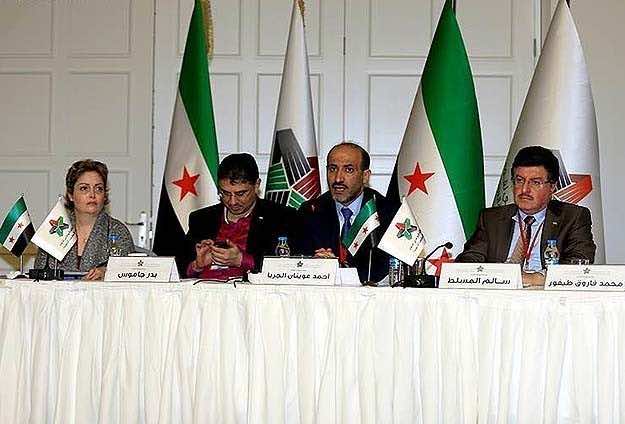 ISTANBUL – Opposition coalition suspends its decision to attend peace talks on January 22 as UN’s Ban invites Iran to the conference.

Syrian opposition suspends its decision to attend Geneva 2 due to UN Ban’s invitation to Iran, Assad’s backer, to attend the conference beginning Wednesday.

Spokesperson for the opposition, Luey as-Safi told Anadolu Agency that their participation in the peace talks will be suspended unless UN Secretary General Ban Ki-moon retracts his invitation to Iran to attend he first day of talks in Montreux, Switzerland.

Ban Ki-moon said on Sunday that he had invited Tehran to attend the talks.

The opposition stipulates that Iran must withdraw its troops from Syria and officially accept the Geneva communique in Syria if it wants to attend the conference.

The Geneva communique calls for cessation of violence by both the government and armed opposition, release of prisoners, freedom of movement for journalists, freedom of association and full humanitarian access.

Jen Psaki, the spokesperson for US Department of State, in a statement in response to Ban’s invitation, said the invitation should be cancelled if Iran does not fully and clearly accept the Geneva communique.

The international conference, so-called “Geneva-II”, to find a political solution to the longstanding conflict inSyria is scheduled to begin Wednesday in Montreux.

Brokered by the US and Russia, the conference is set to bring both sides of the major conflict together, as the main opposition group, the Syrian National Coalition, agreed to attend after months of reluctance to commit.

More than 100,000 people have been killed in three years of conflict which also internally displaced more than 6.5 million people. Over two million are now registered as refugees in neighboring countries, Turkey, Lebanon, Jordan and Iraq.