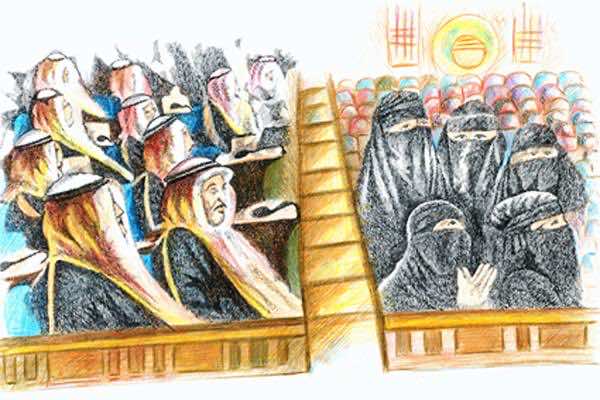 Washington- Recent developments in modern Saudi society have demonstrated that despite the concerns of conservatives and the challenges that women in Saudi Arabia face, Saudi women are making significant advances.

The first Saudi women’s law firm, led by Bayan Zahran, opened its doors on January 1, 2014, just months after the first four women lawyers were licensed to practice law as advocates in Saudi Arabia.  The firm will focus on labor and business law as well as women’s rights. This development, largely ignored in the mainstream media in the U.S., is very likely to improve the status of women in Saudi Arabia. The simple fact that Ms. Zahran is now allowed to practice law as a fully licensed advocate is a reflection that women desire to embrace and have embraced more responsibility in Saudi society.

When people who believe their rights have been denied become part of the legal profession, very often they commit themselves to fixing their problems in court. The entry of women into the legal profession in Saudi Arabia as a vehicle for legal change is reminiscent of how Nelson Mandela began his crusade for equal rights for blacks in South Africa.  He began as a lawyer and started the first black owned firm in South Africa. Likewise, Thurgood Marshall, who argued the case of Brown v. Board of Education overturning school desegregation in the U.S., began as a partner in a law firm run by Charles Houston. That firm committed itself above all to equal rights for African Americans.

Similarly, when we as Saudi female law students decided to enroll in the first classes of King Abdulaziz University Women’s Law School in 2005, we embarked on our mission to protect and preserve women’s rights.

Saudi conservatives have always used Islam as a trump card to curtail discussion on women’s rights. But as women gain knowledge in legal processes and terminology, and participate in the legal system as advocates, they are far more likely to use Sharia law to support their desires for more legal rights and equality.

The first Muslim ever, Khadija, was a woman, she was the first person to convert to Islam. She was born in the 555 BC (Christian era) and was the first wife of Prophet Muhammad (peace be upon him). She was a business woman and ran a large business empire 1400 years ago in Saudi Arabia. She used to send trade delegations to various countries and met her husband through one of her business trips.

Islam gave many rights to women including inheritance, property, and the ability to conduct financial transactions. Islam raised the status of women, yet somehow the Saudi culture has forgotten about the basic principles of Islam. It might take women participating in the legal processes to remind men of what women’s rights have always been under Islam.

King Abdullah has made efforts to ease restrictions. On January 11, he appointed 30 women to serve four-year terms on the 150-member consultative Shura Council. He also previously announced that women would be allowed to run and vote in the 2015 municipal elections.  In addition, the SMS notification to a man when a female member of his family crosses the Saudi Arabian border has been suspended, if only temporarily.  If women are not only able to help to make laws but also now help people with legal protection, can being allowed to drive be very far away?

Clearly, more female legal scholars are needed who can interpret Sharia law and help women regain their basic rights in the Kingdom of Saudi Arabia.  The new female-owned law firm is a firm step in the right direction that we can celebrate today of all days, Martin Luther King Day.

Sarah Bakhsh holds an L.L.M. in Law and Government and is a student in the International Legal Studies program at the Washington College of Law at American University in Washington DC.  She is a graduate of King Abdul-Aziz University in Saudi Arabia.