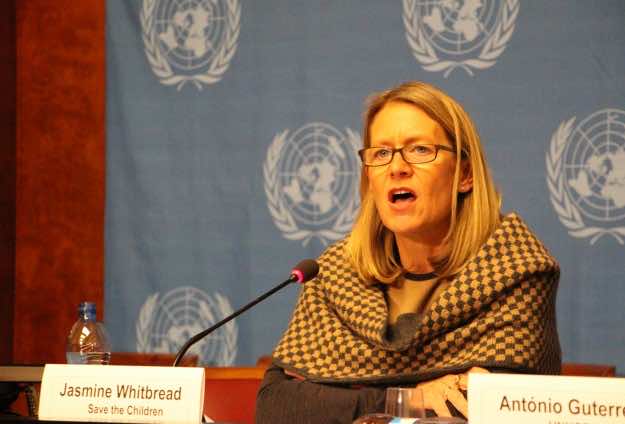 MADRID-  ‘Save the Children’ urges for focus on the plight of children in Syria in a conflict leaving more than 11,000 children dead.

Children’s rights group ‘Save the Children’ Tuesday called on the parties in Geneva-II to prioritize the plight of children in Syria.

“With the parties in Syria’s conflict meeting in Geneva tomorrow, we believe the time has come to urgently focus on the plight of children,” the NGO said in an open letter.

An international conference, known as Geneva-II, is scheduled to start in the Swiss city of Montreaux on Wednesday to find a political solution to the long standing conflict in Syria.

The children’s rights group urged all factions in the conflict to allow lifesaving aid to reach children, protect schools and health facilities and prevent the use of explosive weapons in populated areas.

“More than 11,000 children have died in this conflict already, 71 percent of them killed indiscriminately by explosive weapons used in towns and cities,” the group said.

One of the main objectives of Geneva-II is the establishment of a transitional governing body with full executive powers that could include members of the government and opposition, according to the Geneva Communique which was issued on June 30, 2012.

More than 100,000 people have been killed in three years of conflict which also internally displaced more than 6.5 million people. Over two million are now registered as refugees in neighboring countries, Turkey, Lebanon and Iraq.