Fez - The US Embassy and TIBU Maroc host NBA and WNBA players in youth basketball training program across Morocco. 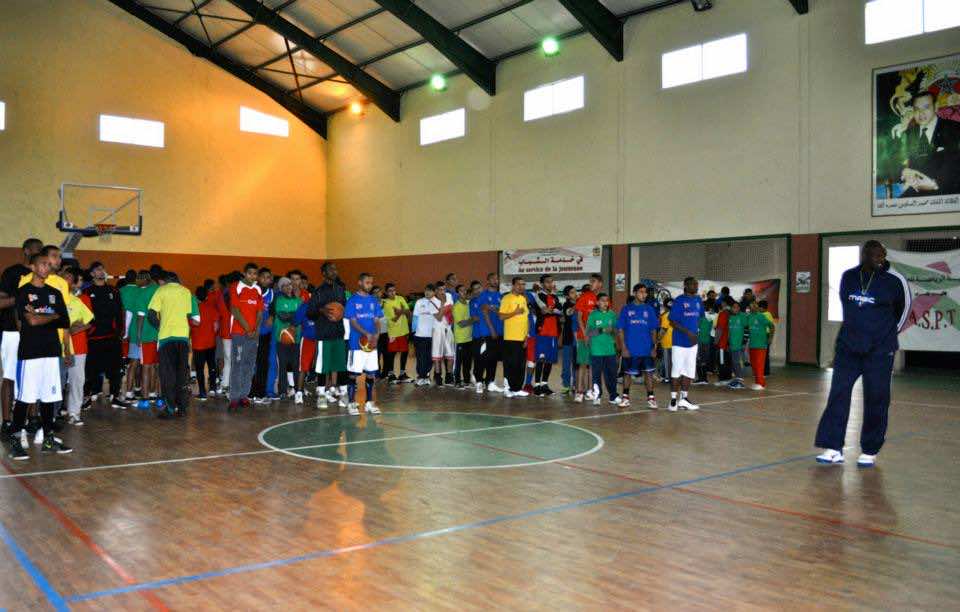 By
Liz Yaslik
-
Liz Yaslik is a Middle East and North African researcher studying Arabic at the Arabic Language Institute in Fez.
Jan 22, 2014
Spread the love

Fez – The US Embassy and TIBU Maroc host NBA and WNBA players in youth basketball training program across Morocco.

The U.S. Embassy in Rabat and NBA Cares teamed up with TIBU Maroc to bring two American basketball stars to the basketball courts of Morocco for a four-day, four-city program hosted in various cities around Morocco aimed at promoting growth of the sport throughout the country.

Samuel Werberg, Deputy Cultural Attaché for the U.S. Embassy in Rabat, stressed that the main goal of the four-day tour was to enhance youth development. “Basketball is a vehicle to encourage youth development in Morocco. And when you have an active association like TIBU Maroc where the kids all really love basketball and they care about it, they can achieve tremendous things,” Werberg said. “It’s not just about picking up a ball and shooting a basket but more about how sports can impact their life.”

The professional players spent time shooting hoops with young Moroccan athletes and taught them the skills and logistics of the game. The sports envoy made stops in Rabat, Fez, Azrou and Casablanca to conduct three-on-three basketball games with youth from the local communities.

On Wednesday, about 200 kids arrived at an indoor basketball court in Azrou to take part in the third day of the basketball clinic. The young players kicked off the afternoon events with a series of warm-up exercises and later split into groups to practice shooting, ball handling and team coordination. The professional basketball players ran drills at a number of stations in the gymnasium, giving pointed explanations and cheering as the kids practiced lay-ups and standard defensive moves on the court.

Ruth Riley, a forward/center with the WNBA’s Atlanta Dream, coached a group of young Moroccan girls on the components of dribbling and passing the ball through a series of coordinated team drills while Adonal Foyle, former center for the Orlando Magic, instructed some of the teenage boys on the angles of lay-ups and tactics to beat a defender and drive to the hoop.

Although basketball is still at the beginning stages in Morocco, Riley said she is very optimistic about the future of the sport in Morocco. “I’ve done clinics throughout Africa and this is probably the most engaged I have ever seen the youth, especially young girls. I’ve been really impressed with the amount of kids that have signed up and participated,” Riley said. “It’s just a matter of spending hours on the court and developing basic skills to be able to play.”

One of the main aspects of the program is not only to enhance the children’s athletic abilities but also to give them an opportunity to learn lessons that can be used outside of the basketball court. Riley said young players are able to gain life skills by participating in a team and use those skills in everyday society. “Sports can teach you a lot of different things; teamwork, how to work well with others, how to set goals and overcome adversity, and just believe in yourself,” Riley said.

NBA star Adonal Foyle said he hopes programs like this will boost basketball participation throughout Morocco and encourage kids to keep training and practicing even after the workshop is over. “They have the skills, what they have to do is put in the work in the gym to be better. Once they understand that, the sky is the limit.”