Morocco World News
Home Culture Why do I love Morocco so much?

Rabat - In just a few short weeks, I will have spent a full calendar year––in total––in Morocco. This is my third time coming to Morocco––the first having been for four months on an American study abroad program in 2011, the second for three months to conduct interviews for an undergraduate thesis, and this time as a Fulbright scholarship recipient. 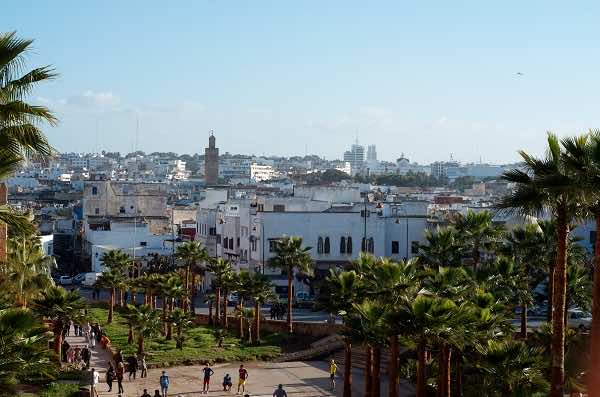 By
Molly Barstow
-
Molly Barstow is a 2013-2014 Fulbright recipient in Morocco who currently resides in Fez.
Jan 27, 2014
Spread the love

Rabat – In just a few short weeks, I will have spent a full calendar year––in total––in Morocco. This is my third time coming to Morocco––the first having been for four months on an American study abroad program in 2011, the second for three months to conduct interviews for an undergraduate thesis, and this time as a Fulbright scholarship recipient.

Over the course of the two and a half years since I first came to Morocco, I’ve been asked by a number of people why it is that I love this country so much. Though difficult to put into words, here is my attempt to summarize a few major reasons.

The pace of life

In general, life here is much more relaxed than it is in the US. Having spent the past eight years in particular in high-intensity, high-stress schools, the generally laid-back interpretation of time is a welcome breath of fresh air (though this also comes with a caveat: sometimes when you tell someone you want to meet at 10am because you have a busy day ahead of you, the +/- 30 minutes interpretation of a rendez-vous can be frustrating. And sometimes productivity can lag, but that is a longer discussion). Overall, however, I enjoy the relaxed pace of life.

It is custom for guests to be welcomed into homes and immediately offered mint tea (which is made of a mix of green tea and fresh mint) and often sweets to accompany. It is custom for Moroccans to go out of their way to make guests feel comfortable and at home, and are the kind of people to offer you their bed while they sleep on the couch or floor. Even if they just met you, Moroccans often welcome you to come back any time you’d like. In fact, you do not necessarily even need to call ahead of time; just drop by to see if they are there. If they are home, marhaba! Welcome!

‘Outsider’ status and being a minority

Here, I am a minority––one that is discriminated against. but mostly in the most positive sense of the word. Though I am often hit on more because I am zaara (a light-skinned blonde person), I am also afforded a number of privileges because I am a gawria (foreigner), and particularly because I am a white one. Though this position sometimes affords me some uncomfortable privileges (like being able to go certain places or do certain things it would not be acceptable for a Moroccan female to do or to go), I like that it gives me a certain status of being an ‘observer.’ Moroccans may entrust certain knowledge to me because they feel they cannot talk about that particular topic with friends or family for fear of being judged. They know that because I am not directly involved and because I come from a different culture, I can serve as a trustworthy ally. This role allows me certain insights that I might otherwise not get.

The fresh fruits and vegetables

Due to its Mediterranean climate and geographic diversity, Morocco produces a vast array of produce that is both inexpensive and mouthwatering! Figs, strawberries, dates, apples, oranges, mandarin oranges, prickly pear, pomegranates, grapes––you name it. Strawberries are currently in season, and how much do they cost? Oh, a mere MAD 13 (roughly $1.59) per kilo! Strawberries are usually, what, $3.99/lb in the U.S.? And then you want to “go organic”? Add a nice little $2.00 premium to that conventional price. That is only 5.5 to 8.2 times the prices of strawberries in Morocco (cue jaw drop)!

Yes, Morocco has super markets (French ones, actually) and you can go there and buy overpriced produce that was perhaps grown with more pesticides than from a local seller. But why go there when you can go to––for example in Rabat––the old medina, specifically to the souq (market) called Bouqroune and buy fresh produce from local sellers for a much cheaper price? It is also an entirely different experience. You don’t necessarily have to buy things by the bunch––sometimes you can even ask for a piece of a whole, like of a giant squash, for example. Well, that’s logical! And guess what? You can do that for beans, pasta, flour, and a whole lot of other goods too because they don’t come in a box. But even when they do, you can ask for only a piece of the container. Imagine doing that in a grocery store in the U.S… they would look at you as if you had two heads.

The diversity of the country

This country is incredibly diverse in almost every sense of the word: geographically, ethnically, racially, linguistically, culturally… etc. Morocco is a country in which you can see the ocean, snow-capped mountains, and the sand dunes of the Sahara all in one day. You can hear and speak Moroccan Arabic, Modern Standard (Classical) Arabic, French, Spanish, English, and three dialects of the Amazighi (Berber) language, in particular. You’ll see Moroccans who are just as zaara as I am (though they’re rare) to deep brown skinned Moroccans who have many sub-Saharan African features. And then there is also an increasing number (somewhere between 20,000 and 40,000––estimates vary greatly!) of sub-Saharan migrants finding themselves residing on Moroccan territory. And then there are small numbers of French, American, Filipino, and other foreigners, particularly in Rabat and Casablanca.

As for “Moroccan culture,” it is incredibly difficult to define. It is the same sort of concept when I am asked about “American culture.” I don’t even know where to start! There is such a plurality of cultures and cultural influences that it becomes nearly impossible to define in any way. This diversity of thought and practice keeps me endlessly fascinated, thirsty to learn more.

Living in another country, there will always be challenges that come my way. Sometimes they’re food related (is this vegetarian? Or uh oh, where’s the bathroom! come to mind), sometimes they’re culture related (whoops, shouldn’t have said that!), and sometimes challenges have nothing to do with being in another country, but I have to deal with them while living in a context other than what I am most used to. But I have luckily grown quite accustomed to living in Morocco. I am used to “going with the flow,” as many situations I have come across demand of me. There are constantly new challenges that I face, particularly ones involving cultural miscommunication, which allow me to learn about the nuances and subtleties of Moroccan norms and expectations. But most importantly, they help me to learn about myself and my own cultural expectations and assumptions. Not a moment goes by when I am not actively learning.