Bordeaux - Nicola Campolongo's body was found with his grandfather's in a burnt car, making him the Italian mafia's youngest victim at only age 3. 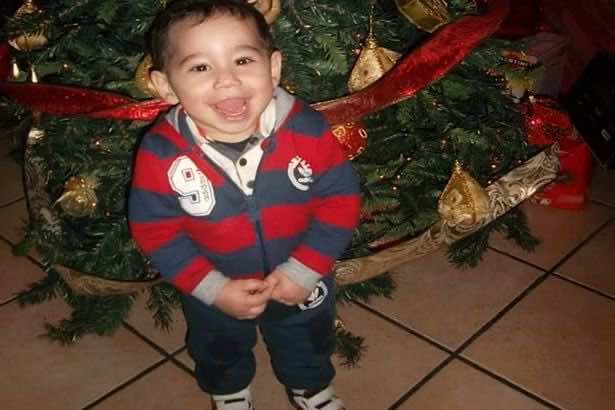 Bordeaux – Nicola Campolongo’s body was found with his grandfather’s in a burnt car, making him the Italian mafia’s youngest victim at only age 3.

The toddler’s body was found in a burnt-out Fiat Punto next to an abandoned farmhouse in Cosenza, Calabria. The corpses of his grandfather, 52 year-old Giuseppe Iannicelli and his Moroccan girlfriend, 27-year-old Ibtissa Taoussa, were also in the car that had been set alight by the family’s murderers.

A 50-euro-cent coin was also found on the roof of the car, a common symbol used by the Italian mafia to notify that the crime is related to debts. Italian police believes the target of the assassination was Mr Iannicelli, who had been convicted of dealing narcotics and was serving an eight-year suspended sentence under nocturnal house arrest. After he failed to show up to the police station, investigators suspected the man had fled the region. A hunter found the car and alerted authorities who discovered Iannicelli’s body in the trunk, Taoussa’s in the passenger seat and little Coco’s on the back seat, with a gun shot wound to the head.

Campolongo’s family is deeply involved in drug affairs, his parents being in jail for drug crimes. The South Italian region of Calabria is often the theatre of such events. The local mafia, the Ndrangheta’, controls the import of narcotics in the region, notably 80% of cocaine that comes to Europe.

Nicola’s gruesome assassination has sparked outrage in Italy. He is the youngest known victim of a mafia’s direct hit on Italian soil according to the Direzione Investigativa Antimafia. By attacking a toddler, mobsters broke their “code of honor” and the myth that the mafia usually doesn’t hurt children and women.

Pope Francis condemned the killing on Sunday, calling the event “a fury without precedent” and asking for the perpetrators to repent and for people to pray for the young child. The head of the Catholic Church has repeatedly brought attention to the plague that is the Italian mafia, becoming a target himself after he launched a reform of the Bank of Vatican.

While many state that the Italian mafia is losing power, such events remind us of the brutality and violence that is still very much present in South Italy. Franco Giacomantonio, the magistrate in charge of investigating the case, called it the worst murder he has ever seen in his career.