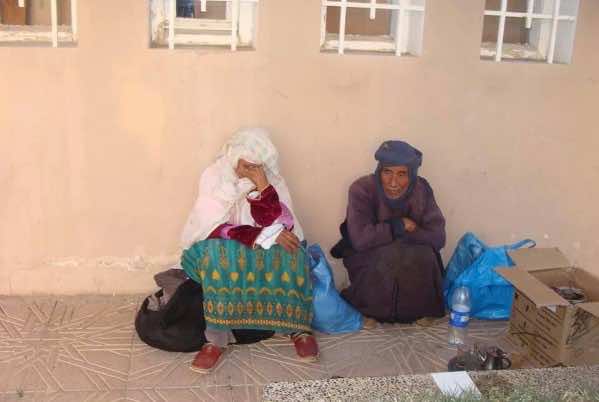 By
youssef sourgo
-
Youssef Sourgo is currently a Master’s student in Linguistic and Literary studies at Ain Chok Faculty of Letters and Humanities.
Jan 30, 2014

Casablanca- 2M, Moroccan TV channel, has recently stirred outrage among Moroccans after it allegedly “refused” to broadcast a report about an elderly Moroccan couple who were victims of injustice in Tiznit, a town located in the south of Morocco.

The elderly Moroccan couple, IBC Ijou and her husband Moulay Ahmed, were evicted from their house in Lakhsass, a southern Moroccan town, after a Trial Court in Tiznit ordered their expulsion.

Since then, Ibba Ijou’s health has been deteriorating. The elderly woman was hospitalized last Saturday, January 25, at Tiznit Hospital.

2M TV was among the first to show interest in Ijou and Moulay Ahmed’s story. On Monday, it sent a group of journalists to Tiznit to prepare a report about the elderly couple.

However, 2M’s report, which was supposed to be broadcast on the channel’s 8pm newscast  on the same day, never saw the light of day. A video that went viral on social networks shows 2M’s broadcaster shifting to a different topic when he was about to address the elderly couple’s story.

Many Moroccans who were expecting Ijou and Moulay Ahmed’s story to be broadcast on 2M’s newscast that day were “shocked” by the channel’s decision to “cancel” the broadcast of the report.

The question that many Moroccans have been asking since then is whether the broadcaster’s shift to a different topic when he was about to address the elderly couple’s story was merely a technical problem or a deliberate decision to censor the report.

On Facebook, the coordinators of 2M’s regional agencies justified the incident via comments, saying that it was “because of a technical problem, as the tape on which the report was recorded was not sent to the newscast studio on time.”

However, Moroccans’ reactions to the incident have been mainly characterized by indignation and outrage, especially on social networks. Some Moroccans have suggested that 2M’s reputation would “worsen” after the incident, especially given the harsh criticism the channel had faced for its “lack of creativity” during last year’s holy month of Ramadan.