Cairo - Ariel Sharon, the former Israeli prime minister and military leader who was the one of the biggest sponsors of Israeli rightwing for many years, has passed away at the Sheba Medical Centre at Tel Hashomer in Ramat Gan, Tel Aviv, aged 85. 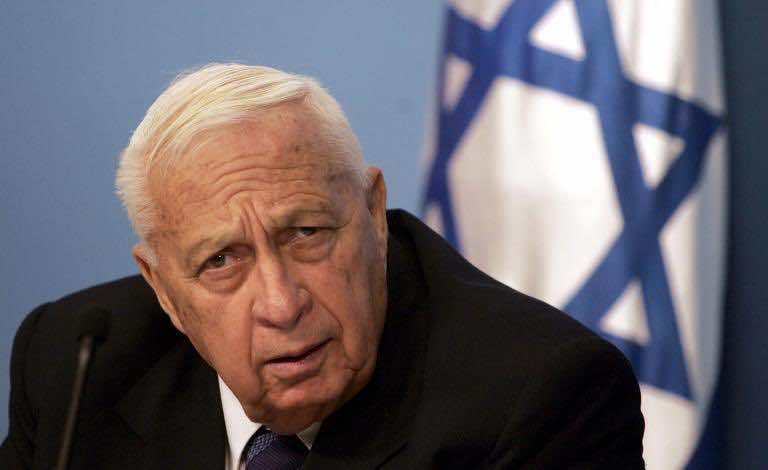 Cairo – Ariel Sharon, the former Israeli prime minister and military leader who was the one of the biggest sponsors of Israeli rightwing for many years, has passed away at the Sheba Medical Centre at Tel Hashomer in Ramat Gan, Tel Aviv, aged 85.

Sharon, who had been in a coma since suffering a brain haemorrhage in January 2006, had suffered kidney failure recently. This man had left his significant marks in the history of the Middle East and Israel since the foundation of Israel in 1948. Many people in the Middle East, including Israel, and the West have different opinions about Ariel Sharon especially regarding his policy and tactics in battlefield and politics.

On one hand, praising Sharon, Israeli Prime Minister Netanyahu said “Arik Sharon had a central role” in the building of the Israeli army’s “heritage of valor.” Sharon, he says, “laid the foundations of the battle doctrine of the IDF, the doctrine of reprisal and initiative in the war against terrorism.” Moreover, Vice President of the United States Joe Biden said that Sharon was guided by his north star which was the survival of the State of Israel and the Jewish people. Biden modified a quote from Irish writer James Joyce, saying “the Land of Israel, the Negev is etched on Ariel Sharon’s soul.”

Former UK Prime Minister and Middle East envoy Tony Blair has elegized Ariel Sharon as “a giant of this land” at the state memorial service for the former Israeli prime minister. From Israelis’ point of view, Ariel Sharon had done a lot to the state of Israel. In 1953, Sharon had founded “Unit 101,” a secret death squad within the IDF that could deter the Arab and Palestinian attacks against Israel and carry reprisal raids. During Yom Kippur War (October War) in 1973, Sharon’s forces had crossed the Suez Canal and surrounded the Egyptian brigades; it was a turning point in the war that enabled Israel to gain strategic ground, thus easing pressure on it during peace negotiation with the Egyptians.

In addition, he has a reputation for carrying out the orders to the full, called the “bulldozer,” sometimes exceeding what he was ordered to do. As a housing minister in the 1990s, Sharon had played a vital role in construction of most settlement zones in West Bank. Though Sharon had decided to pull out of Gaza Strip unilaterally, in a move that put the Israeli rightwing in shock as thousands of settlers had been evacuated from the strip in 2005, he had accelerated the rhythm of the settlement building in West Bank and Jerusalem.

On the other hand, celebratory fireworks were heard in refugee camps in Lebanon and Palestine following the news of Sharon’s death. “The death of Sharon after eight years in a coma is a sign from God and a lesson for all tyrants,” said Hamas spokesman Sami Abu Zuhri. “The Palestinian people are living a historic moment with the departure of this criminal, who has stained his hands with the blood of our people and its leaders. We are more confident in the victory of God in light of the departure of these tyrants,” Abu Zuhri added.

“Sharon expresses the real face of the Zionist movement and its goals and projects in the region. This is an ugly face, and [Sharon] has shown this ugliness through his dark history, especially through shedding the blood of the martyrs and when he entered an Arab capital — Beirut — for the first time,” said Zulfikar Suergo, an official in the Popular Front for the Liberation of Palestine, to Al-Monitor. An Egyptian caricature depicted Sharon being thrown into the garbage can of history. In October 1953, he led a reprisal raid on the Jordanian village of Qibya in response to attack in Israel, in which forty-two houses were destroyed in the raid and 69 people were slaughtered.

As a defense minister, he had attacked Lebanon to liquidate the Palestinian fighters there, killing many civilians and destroying country’s infrastructure. He paved the way for the Phalangist carnage of Palestinians in refugee camps of Sabra and Shatila, killing thousands, most of them women and children. An Israeli committee of inquiry led by Supreme Court judge Yitzhak Kahan found Sharon responsible for “ignoring the danger of bloodshed and revenge” when he  allowed Lebanese Christian Phalangist militia to attack the camps.