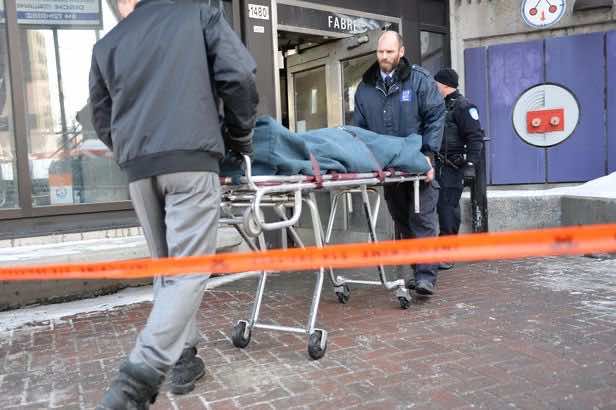 By
Larbi Arbaoui
-
Larbi is a freelance writer and assistant editor at Morocco World News.
Feb 1, 2014

Taroudant, Morocco- According to Journaldemontreal, Naima Rharouity a Moroccan woman was found dead Thursday morning in the Fabre metro station in Montreal, in mysterious circumstances.

The same source added that the exact causes surrounding the death of Naima Rharouity were still unknown.

The Quebec Montreal Agency (QMI) said that Naima Rharouity, 47, has died after her scarf got snagged in an escalator at a Montreal Metro station and strangled her.

“What we know now is that the woman’s scarf was caught in the escalator. When she bent over to try to get the scarf out, her hair was also caught,” Police spokesman Jean-Pierre Brabant was quoted by BBC as saying.

The Canadian website Canoe said that relatives and friends of Naima Rharouity could not understand how the hijab she was wearing could strangle her since she could remove it quickly when she was stuck.

”This is a fabric that is so thin and easy to remove. She could have easily removed it. It does not make any sense to me that she died because of that,” said a relative, who spoke to Canoe on condition of anonymity.

Mrs. Rharouity, a mother of two children living in the Villeray district, had recently immigrated to Quebec. She was a volunteer for Project Villeray in the East.

“She was involved in various activities and helped us to organize large parties to help newcomers to integrate. She loved helping others and was very generous, “said Magdouda Oudjit, director of the Maison de Quartier Villeray organization, which works in collaboration with Project Villeray in Eastern.

Oudjit added that the Maghrebian community is organizing a fundraising to support the family in this tragedy.