Morocco World News
Home Society Expatriates From Aleppo to Rabat: The story of Fatma is one out of...

Rabat - This is the story of hundreds of Syrian families who escaped their country in search of a peaceful shelter thousand miles away from their ruined homeland. One year ago, the number of Syrian refugees was less than 240.000. But civil war has pushed that number to go beyond 2.4 million since the start of 2014. 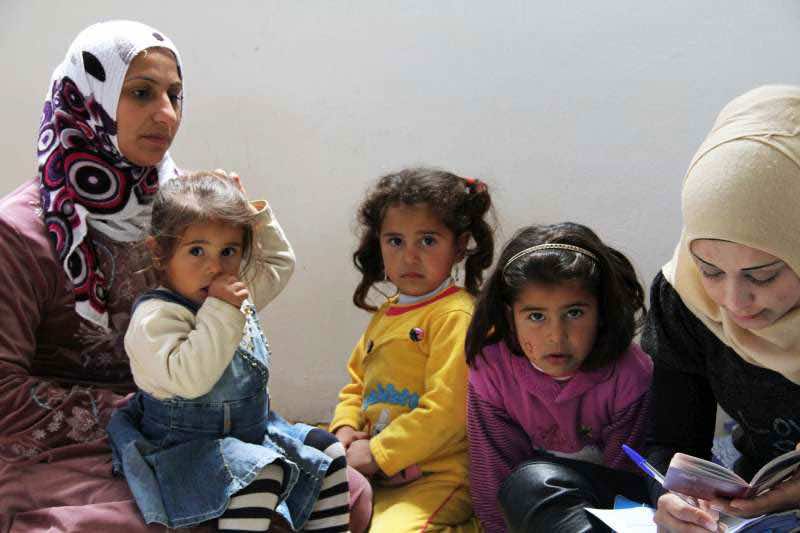 Rabat – This is the story of hundreds of Syrian families who escaped their country in search of a peaceful shelter thousand miles away from their ruined homeland. One year ago, the number of Syrian refugees was less than 240.000. But civil war has pushed that number to go beyond 2.4 million since the start of 2014.

The three countries with the largest communities of Syrian refugees are Lebanon, Jordan, and Turkey. Lebanon hosts over 800,000 refugees, while Jordan and Turkey have more than 550,000 refugees each. Other neighboring countries such as Egypt and Iraq also find themselves housing hundreds of thousands of Syrians seeking shelter.

The Maghreb region also welcomes these people, who are in such a critical and precarious situation. Many families fly to Algeria since visas are not required for Syrian passport holders. They then enter Morocco through Oujda, in hopes of finding the tranquil life they lost in their homeland.

Fatma, 42, arrived in Morocco three months ago via Algeria. She is currently living in a room with her four children in Temara (around 13km from Rabat) that she rents for MAD 1200 per month ($150). Leaving Aleppo was not an easy decision for her, but under the circumstances, she had only one choice: to leave.

“The condition in Syria is bad, very bad,” Fatma said. She did not want to talk in details about the trouble in her country; however, her facial expression was enough to convey that things are painfully sad. The fact that her husband has not joined them in Morocco and is still not sure if he will make it increases her tension. He is still in Aleppo, and just had an operation that she paid for herself. She collected money here in Morocco and sent it to him. It is likely that he was injured during the war.

Fatma goes to supermarkets two to three days per week with the hope to collect enough money for food and rent for her small family. She cannot work at the moment since she does not have a residence permit yet. She first needs to obtain refugee status from the UN Refugee Agency, UNHCR, for which she has already applied.

“I’m blessed to find people helping me here. Sometimes people give me food, others help me with the rent fees, and others take care of the education of my children” she added.

Fatma and her family are only one example of Syrian families who are searching for more stability and peace. However, the number of people leaving their demolished houses in Damascus, Homs, Aleppo, and other Syrian cities is increasing day by day.