New Jersey- Article 475 of the Moroccan penal code has finally been amended to correct its abhorrent policy of allowing a rapist to marry his underage victim. 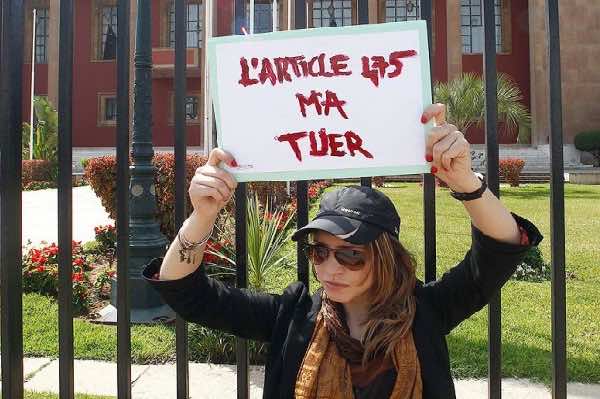 By
Katrina Bushko
-
Katrina Bushko is a senior at Princeton University majoring in Political Philosophy with minors in Arabic and Near Eastern Studies.
Feb 2, 2014
Spread the love

New Jersey– Article 475 of the Moroccan penal code has finally been amended to correct its abhorrent policy of allowing a rapist to marry his underage victim.

The amendment not only strikes the second paragraph, which refers to marriage, but it also increases a rapist’s prison sentence to a maximum of five years and 500 MAD in fines. This is, I believe, a much more acceptable consequence for such a repugnant act.

Although it’s been two years since the suicide of Amina Filali, no longer will rapists receive “get out of jail free” cards. Rape is a serious crime, and should be treated as such. It makes one wonder how article 475 was passed in the first place. The question of rape and virginity is highly debated due to its standing in religion; however, the Moroccan penal code is not based on Islamic jurisprudence and so should not have had any theological influence (if, indeed, this was the argument for the marriage clause).

Regardless, what does this amendment mean for Moroccan girls? For one, it is a step in the right direction of gender equality. No longer will they be forced into marriages with the person who has both physically and psychologically traumatized them. Men who rape girls will no longer escape the consequences of their actions; instead, they will pay for their maliciousness. With this amendment, victimized girls can take comfort in knowing that their rapist will face justice. But this is only one step in the struggle for women’s rights.

This amendment, the 2004 Moudawana, and 2011 Constitution have made great strides in gender equality, but there is still so much to be done. Morocco can further protect its women by enacting non-violence and harassment laws. Over the years, the Kingdom has failed to pass laws that penalize violence against women. This is an incredibly important step Parliament must take to ensure that Moroccan women are protected equally under law.

But even laws will not completely rid Morocco of rape and violence against women: there must be social change at the grassroots level to help close the gender gap. If from an early age men were more inclined to treat women with respect, situations like Amina’s would occur less frequently.

Sustainable social development must be implemented in order to change the mindsets of young Moroccan men. This could be through education or religious teachings, but the fact is that women’s rights must be perceived as human rights that men must respect.

Even so, we can now say that Amina’s death was not in vain. Rest in peace, sister.