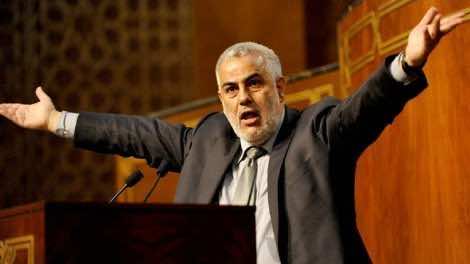 Our old parliamentary hands…react to the shocks and surprises of social evolution as unintelligently as a cricket ball reacts to the stroke of a bat. Bernard Shaw

In the last few years, I made an acquaintance of an over-intelligent blonde American who believed zealously in Darwin’s theory of evolution. She is Darwinist more than Darwin, and thus a true evolutionary believer. And whenever I ask about her excessive interest in international political affairs, she forever explains it by her being the descendant of now an extinct animal of which she is proud to carry the genes to the 21st century. “It is normal for me to have an eye on each continent’s internal affairs because my ancestor is Opabinia,” she would often say. Opabinia of course is a weird animal that once lived at the bottom of the sea; he sported five eyes and looked somehow like a vacuum cleaner.

And when I saw how great her political junkiness and her sense of concern were for the most trivial details of world political events, I could not refrain from seeing those five eyes glowing, though I could see only two visible on her stunning face.

And ever since I knew my five-eyed friend, there was not a time in which she would not ask me to simplify for her few complicated political matters relevant to Morocco.

I remember when she first knew that I was an Amazigh gentleman, she just never stopped sending me clippings of newspapers that show Berber folks protesting for equal rights in front of the parliament in Morocco.

There was a time when she went to newsstands and acquired stacks of different Arabic magazines, then asked me to tell her what they express in substance.

My friend loves to ask me to analyze Arabic news articles to her, for she always likes to quote Jacques Derrida’s famous statement, “There is nothing outside the text.”

And my skill of analyzing those news articles indeed always seemed very deconstructionist in her five eyes dimensions. She loved my approach and my sense of depth to the point that whenever I smoothly analyzed something for her and turned to like it she would buy me a good pint of Stephen-Colbert’s Americone-Dream ice cream; and sometimes even a Totally Caramel-Moose-Munch-Delirious Snacks, a yummy addicting-pop-corns.

One day for example, she bought a magazine called Al WIFAK LARAABI, Issue Number 101 of November 2007, with a large shiny picture of the then President of Tunisia, Zine Abeddine Ben Ali. There was a title in white Arabic letters reading, Memory of Change In Tunisia, and underneath this white title a subtitle written in even larger red letters says: Truths. And The Legacy Of The Aspirations’ Accomplishments. The issue was a sort of a glossy Arabic magazine that promoted and highlighted the sense of economic prosperity and peace of mind under the reign of Zine Abeddine Ben Ali.

My five-eyed friend became so obsessive with this number and almost began to consider Tunisia as a sort of the prosperous Sweden of North Africa. “Now this is the example of honest leaders that the Arab world should copy in terms of experienced leadership.” My blonde friend said to me, “He made Tunisia a real paradise on earth, if one may judge him frankly!”

I remember analyzing what she said, “He is nothing but a sleazy slick! Just wear your old-fashioned glasses and keep your eyes on him!”

My friend had no anticipation or consideration that someday this superficial dictator would end up fleeing his country like a skunk, leaving only a bad odor behind him.

But then lately I was shocked when suddenly my friend asked me whether my Moroccan councilmen in the Upper House liked to wear chunky red lipsticks while performing under the dome of the parliament?

I expressed some kind of crankiness upon hearing her odd question and immediately suspected that something must have been wrong with her judgmental faculty. “Perhaps she is on Benzodiazepines once again?” I reflected.

But as it turned out when I went to check on the matter, I discovered that at the moment when she studied the illustrative picture of some Moroccan councilmen under the dome of the parliament in Rabat, my political-junkie friend was actually not sporting her thick-lenses vision glasses.

So what exactly happened was that our councilmen were not essentially wearing red lipstick, a thing which they would never do, but instead they self-taped themselves with massive red tapes, which they have applied bumpily on their mouths and exceedingly to areas near their ear-lobes. They looked like what seemed to be protesting against something in the High Upper House. In terms of appearance, one could swear that they resembled the Joker in the movie “the Joker.”

Nevertheless, I was completely familiar with the issue that our councilmen grappled with. Lately this matter they fought about floated and sunk like the cork of a wine bottle in the midst of a disturbed brook. The thing simply consisted of an unusual uproar in the Upper House of the parliament where rowdy councilmen refused to yield to the head of the government, Mr. Abdelilah Bankirane, their rights of practicing the usual noisy, alive, and frank, or otherwise, criticism to his person or his delegates in what is called Television and live Briefings by parliamentary opposition groups.

I remember the last time I watched the course of this type of action, the thing was literally taking form of a mad infighting between the representatives of the people, who represent but themselves under the dome, and between some members of the government. And as a consequence of watching their recklessness, I tended to express no feeling of content or delicacy at all.

Instead, I was disgusted of the nature of the uncivilized behavior of these folks like no other time in my life. I felt thus, because instead of being informed and witnessing the idea of democracy materializing on the floor of this wonderful establishment, I found myself lost in the cacophony of high and low circumflex inflections of vociferous street language uttered by the council-members who refused to stop yelling and complying with the time limit of the briefing to which they are entitled by law. And the inability for the head of the council to manage the representatives all of sudden turned the whole parliament into a total dysfunctional circus. I remember when this same head of the council lost control and could not bear the high-pitched babbling gibberish of some councilmember, who sounded and looked like mules seller in Souk Lkhemis, and suddenly yelled in the microphone, “This fellow just won’t stop jabbering. What am I supposed to do, shoot him?”

And truth is told, I almost expected that that council-member to pull some sort of a Simple Action Old West revolver and take aim at the president of the council meeting screaming, “When you have to shoot…shoot! Don’t talk!” I mean just like Eli Wallach in “The Bad, The Good and The Ugly.”

But of course it is easy for anyone to lose track of what is going on in the Upper House. The nature of the bedlam created by these representatives, who are supposed to be our role models for implementing rules of democratic principles, seem excruciating when it comes to their political interactions. The democratic process to communicate peacefully, that is to listen carefully to your opponent and then respond to him in a timely and respectful fashion, a process so simple and effective in nature seems impossible to practice that even insects seem to substantially respect it better than them, so the system of alternance in talking seemed utterly broke if not totally absent.

Meanwhile, it is sad to see that the head of the government is attempting to interfere with the internal law of the Upper House and, thus, grossly trying to manipulate it for no other reason than the mere excuse of refusing his person to be turned into a punching bag from his political opposition. Even worse, the willingness of the head of the government to accept the punches with the sole condition that the camera should not be on means that the inclusion of the Moroccan citizen in government affairs is actually jeopardized.

However, seeing how my opabinac friend was resolute on knowing the secret of why our Moroccan councilmen had chunky red lines on their bloated faces, I attempted all I could to hide the truth of the matter with the aim to save face. Sometimes I feel compelled to hide truthful things about my country from strangers at whatever cost.  So I looked right and left when she pressed me for an answer to this self-imposed gag on behalf of our councilmen. I couldn’t refrain from scratching my head until I thought blood was going to gush out from it and finally came up with a stupid explanation for her, a token that might help save face without denigrating our fellow Moroccan representatives who do not represent us in the Upper House.

“It may be not easy for you to understand my dare friend.” I told my Darwinian curious friend, “But in our Upper House we tend to once a year celebrate a ritual in which all the members indulge in the act of overeating cherry pies.”

“Really?” She asked me surprisedly, “ Are you kidding me? Do you mean just like they do in County Fairs in Michigan?”

“Yes, exactly like in Michigan.” I muttered nervously as my eyes glared at the space beyond her left shoulder. “Yes our council members love to eat and eat cherry pies just like in county-fairs. They eat and eat till the highly desired crimson cherry pie lava over-floats their mouths then they are by law obliged to stand still, face the camera and say nothing.”

“That must be fun!” my friend said.

“It is fun but only to the people under the dome. For us the people outside, it is a waist of time as well as a waist of an excessive sized amount of cherry pies.”

“But why is it, that they held some large papers in their hands?”

“Well, that’s just to indicate to the judge that they are done over-eating.”

It seemed silly for me to crank up some a silly idea like the one I invented. But to fend off that embarrassment to myself as well as to our Moroccan parliamentary Upper House in whole, I found it necessary to noble-lie.

But worrying about the noble-lie from my behalf was soon to be considered a quick occurrence that has past, but the real worry started only when I saw that the Stephen Colbert’s Americone Dream ice-cream as well as the Totally Caramel-Moose-Munch-Delirious Snacks, up to the time of writing, never materialized.