Morocco World News
Home Education Six Thousand Teachers are Still on Strike, Who is to Blame?

Casablanca - Teachers who hold high degrees are still manifesting for their right to promotion. For more than two months, thousands of teachers have been uttering the same words: dignity, social justice, and promotional rights. 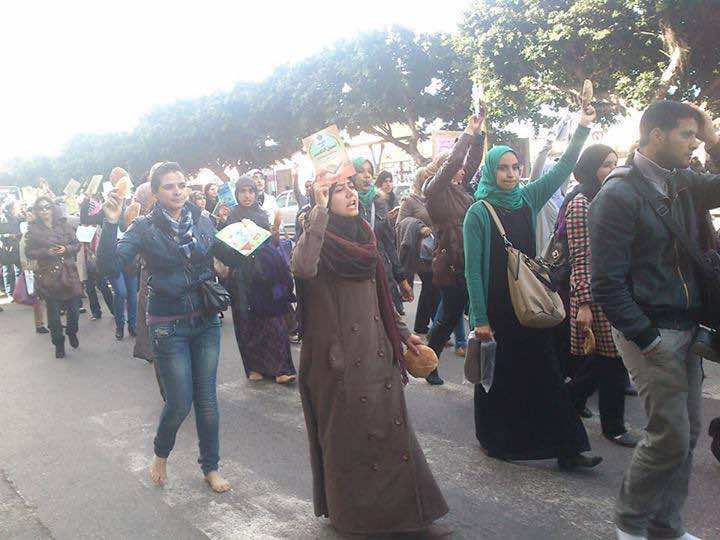 By
Kamilia Morkanty
-
Kamilia Morkanty, a junior high school teacher and a master holder of Linguistic and Literary Studies from Ain Chok faculty of Letters and Human Sciences.
Feb 4, 2014
Spread the love

Casablanca – Teachers who hold high degrees are still manifesting for their right to promotion. For more than two months, thousands of teachers have been uttering the same words: dignity, social justice, and promotional rights.

Instead of opening a discussion with these teachers and responding to their demands, the government postponed the date of an exam for promotion from January 27 to February 10. Teachers are refusing to sit for this exam because they consider it a violation of their right to promotion without restrictions or conditions.

On Wednesday, the teachers decided to do a collective withdrawal: they listed teachers who want to take back their exam applications, and then presented this list to Human Resources. But it was in vain.

Thousands of teachers continue their strike in the streets of Rabat despite threats from the government, repression, and police chases. They are committed to continuing their struggle until they get promotions. The peaceful demonstrations have taken many forms that denounce the repeated repression by police. This repression includes the arrest of 43 teachers, who were released later.

Teachers also expressed their anger towards a security officer for chasing and torturing some of them. According to them, during a demonstration, he took teachers by force into a bus in front of the Ministry of Education, beat them, and came out of the bus cleaning his bloody hands.

Violence also reached teachers who were appointed to replace those on strike. The substitutes protested in front of various academies of the kingdom and experienced the same violent interference by security forces.

But the question remains, until when will the government continue torturing teachers simply because they are asking for their rights? Is violence an effective way to shut people’s mouths and make them submit to governmental decisions? The answer is surely, no. What about the true victims of society: the students of these six thousand teachers who have not studied for more than two months? Who is to blame?