Casablanca - What has happened to Moroccan ministers these days? Especially the young Abdeladim Guerrouj who got himself into a trap by buying chocolates with taxpayers’ money. 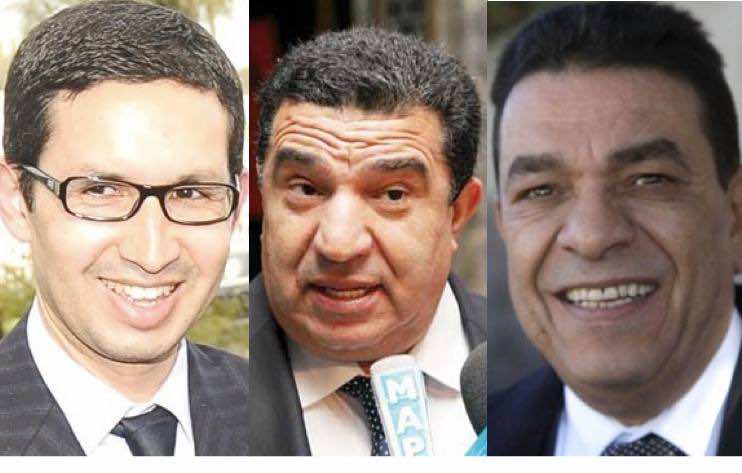 Casablanca – What has happened to Moroccan ministers these days? Especially the young Abdeladim Guerrouj who got himself into a trap by buying chocolates with taxpayers’ money.

On top of that, he protested against the journalists for publishing these facts instead of returning the 33,000 dirhams to his former department or resign. Furthermore, an incriminating invoice has been destroyed, a fact which seriously breaches the law.

In turn, the Popular Movement decided to distance itself from this case, observing from the side like a peacekeeper. This attitude annoyed the young Guerrouj who expected more solidarity from his political family.

His colleague, Mohamed Moubdiî, has also put himself in a very uncomfortable situation and played the role of the “star” of the Italian media who have never known the name of a Moroccan minister. In an interview with the newspaper Al Akhbar, the Minister of Public Service took it upon himself to clear Silvio Berlusconi from any accusation of “corruption of minors” because when former Prime Minister was in the arms of Karima Mahroug, aka Ruby, she was not underaged, Moubdiî  stated.

Therefore, Moubdiî, who had certainly completed his mission and modernized the entire administration, committed himself to rescuing Berlusconi: “I don’t think the Italian Prime Minister could be tried for corruption of a minor when he had known Ruby, because it was me who signed her birth certificate.”

This is very serious… Dear Minister, after signing the birth certificate of this young woman, did you also sign the authorization to Ruby to creep around with Berlusconi?

What Moubdiî says means that he rejects the judgment of European judges, 5 Italian judges have come to the conviction that their prime minister, sentenced to seven years’ imprisonment, indeed had sex with a minor and these facts were proved and supported by irrefutable evidence. Italian judges have, therefore, published a statement, responding to the Moroccan Minister claims.

And then, after Moubdiî and Guerrouj, we have Mr. Louafa who used “foul” language on the radio against Ahmed Lahmili: “No one but the government hold the truth in terms of numbers and macro-economic data. I don’t recognize any High Commissioner and if Lahlimi wants to attack Benkirane, he can go straight to the point.”

Dear Ministers, please, feel pity for us. This is not very responsible to impose that on us while we pay for your comfortable lifestyle. We gave you comfortable cars, we have placed a certain authority in your hands, you are traveling in first class… This is not right to punish us as you do and it’s even worse that you shame us, here and elsewhere…

But the shame should not reflect upon ministers who were not prepared to hold this office. No, this is the responsibility of their parties who don’t carefully examine their CV before nominating them to a government post. I know ministers who paid a high price for joining the government, others have jumped through so many hoops and kissed so many hands and feet in order to be appointed ministers, and still others have threatened to end their lives if they don’t get a minor ministerial position…

There are no rules, traditions, or procedures within parties to nominate their candidates for government positions, except perhaps the Justice and Development Party that draw up the lists. These are then voted on by the decision-making bodies of the party, a behavior that has irritated the government who informed the Islamist party: “How can you impose on us a closed list of names for the government ?” And even this procedure is not completely followed. As for the other parties, their leaders and families have monopolized the power to decide who deserves the honor of being a minister and who doesn’t.

And this is where the problem lies. It reminds me of a joke made by Hassan II: “If I want, I can appoint my driver as minister !” And here we are today, we see people appointed to the government, beneath the level of the deceased king’s driver.