Paris — Niger on Wednesday called for Western intervention to eradicate a growing threat from Islamist fighters who have established bases in southern Libya since the 2011 overthrow of Moamer Kadhafi. 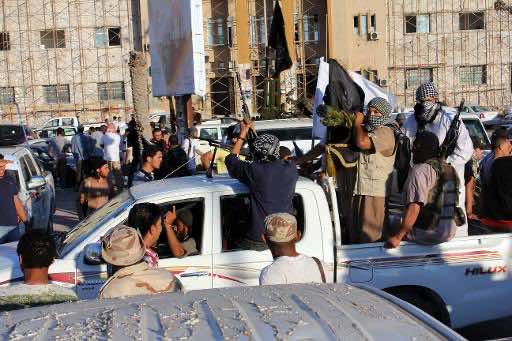 Paris — Niger on Wednesday called for Western intervention to eradicate a growing threat from Islamist fighters who have established bases in southern Libya since the 2011 overthrow of Moamer Kadhafi.

“It would be totally legitimate for France, (and/or) the United States to intervene to eradicate the terrorist threat in the south of Libya,” Hassoumi added during a visit to Paris.

Niger, an impoverished but mineral-rich former French colony which adjoins southern Libya, has had to contend with numerous Islamist attacks and kidnappings on its own soil, some of which have threatened the security of its uranium production.

Hassoumi said US intelligence chief James Clapper had been right to highlight, in an annual report published in December, the extent to which sub-Saharan Africa had become a “hothouse” for extremists.

“More precisely, he should have said that the south of Libya is now an incubator for terrorist groups,” Hassoumi added.

“I think awareness of the threat posed by southern Libya is quite strong and an intervention is within the bounds of the possible.”

The US intelligence assessment presented by Clapper warned that a power vacuum in Libya, where the government is struggling to counter well-armed militias, was fuelling extremist groups across the region, posing an “acute” terror threat that neighbouring countries lack the capacity, and sometimes the will, to counter.

Kadhafi, who had ruled Libya as a dictatorship from 1969, was toppled by a popular uprising that was backed up by Western military action.