Rabat - Muhammad Alem is a 19-year-old Palestinian and Israeli citizen. Morocco World News asked him a few questions in order to better understand his life as a Palestinian living in Israel. 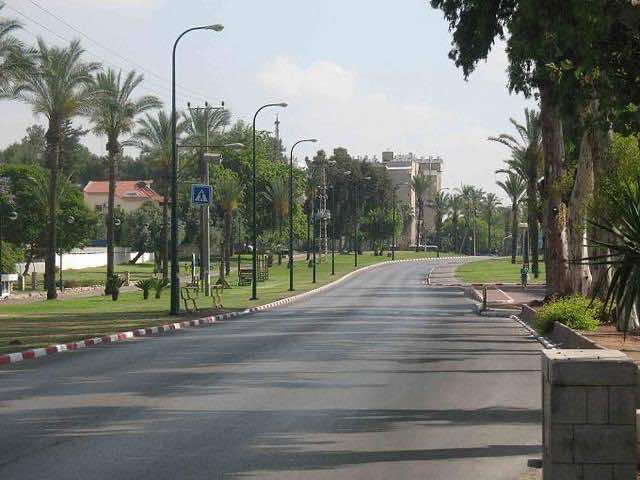 Rabat – Muhammad Alem is a 19-year-old Palestinian and Israeli citizen. Morocco World News asked him a few questions in order to better understand his life as a Palestinian living in Israel.

MWN: Muhammad, you are a young Palestinian living in Israel, tell us more about your family. Muhammad Alem: All my family lives in Israel and my nationality is Israeli. I hold a blue identity card. I was born in Lod but I spent my childhood in Jaffa, a city in the center of Israel and in Tira, a city that is part of the Triangle, a concentration of Israeli-Arab towns and villages adjacent to the Green Line. Now I’m back to where I was born.

My family name is Alem; it’s my great  grandfather’s nickname. He was a religious Islamic scholar. As I am an Arab-Muslim living in the Middle East, the inheritance system is patrilineal. My [paternal] grandmother, Suaad Thoma Alem is a Christian citizen of Nazareth. She had two sisters but one of them died and the second became a Canadian-Jew’s wife. My mother’s side is less complicated. Her mother is from Tira and her father is half Egyptian and half Palestinian.

MWN: What are you studying in Israel?

MWN: Do you identify yourself as Israeli or Palestinian?

Muhammad Alem: I’m more than a typical Arab-Israeli citizen, as the Jewish mentality tends to define me. I see myself as a Palestinian, Arabic-speaking Israeli citizen.

MWN: Have you ever had trouble or conflict with your friends or colleagues in Israel?

Muhammad Alem: Owning any one of these identities would probably bring a few conflicting problems with it. In such a militaristic century and country, you’re about to face countless green-suited soldiers with their guns on, using public transportation on their way back or to their military bases. Second, you’d be tagged as a problematic Saudi-Arab breed that keeps forcing the “reality” of Palestine.

At my university, for example, many other Arab students and I definitely have a different mind to deal with. Although there are a few dialogue groups calling for coexistence, such cultural units aren’t wide spread in the Israeli-Jewish collective voice.

Personally, I have had the chance to start my first semester at the university with a racist sign in front of my face calling for Jews to stand against the “shameful” phenomenon of Arab-Jewish unions. Moreover, in the Parliament, which is named “the house of Knesset.” The Arab representative are being somehow the bridge between both radical sides with the Jewish political community. Furthermore, these Arab representatives are limited in their political activities. Some of them even get splashed in the face whenever they dare to speak out on specific matters like racism and when they utter a sentence starting with “as a Palestinian…”.

MWN: Do you have good relationships with Israelis?

Muhammad Alem: Yes, I do. I have a few Jewish friends from work and university. Most of them give me the pleasure of having tolerant, open-minded and objective people as friends. We spend our time talking about history and discussing Canaan, stuff that a typical Israeli-Jews would not be doing.

MWN: Have you ever been to Gaza or the West Bank?

Muhammad Alem: No I haven’t. But I’ve visited the east side of Jerusalem to help rebuild vacant houses that families left because of the homes’ close location to a military base. I haven’t been to Gaza because of my age and because of security problems. It’s not easy to receive special permission to go through the barriers.

MWN: How do you see the Palestinian-Israeli conflict?

Muhammad Alem: The Palestinian-Israeli conflict is very complicated. It combines a lot more than political matters and it’s mainly a battle of memory against history, between both societies. The Israeli-Arabs are a minority in Israel and are paranoid by the Israeli-Jewish cultural hegemony. Israeli-Arabs not only have to adapt, but they also have to fit in and be a part of the collective community.

MWN: Do you have dreams?

Muhammad Alem: I hope that someday there will at least be a real democratic country, free of radical political and religious ideologies. I wish that more Arabs will become aware of great people such as Tawfiq Canaan and Edward Saaid.

MWN: Are you happy in Israel?

Muhammad Alem: Happy? Not really. It is hard to be completely happy in a country that does not mention all its ethnic components, including Israeli-Arabs, in its national anthem, Hatikva, and that celebrates the pleasure of forming a Jewish and then democratic country upon another, allegedly after two thousand years of loss and loneliness away from the one and only Promised Land.