Casablanca - If the Benkirane government is unable to fight against a simple Minister, how can it tackle corruption from the big fish who are able to erect walls and protect their privileges at the expense of Moroccan taxpayers? 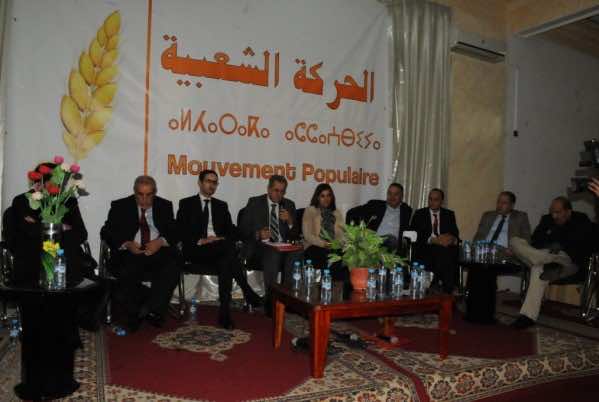 Casablanca – If the Benkirane government is unable to fight against a simple Minister, how can it tackle corruption from the big fish who are able to erect walls and protect their privileges at the expense of Moroccan taxpayers?

It is said that one who steals an egg will one day steal an ox, then something bigger, then everything else. This applies to the young Minister Abdeladim Guerrouj who bought a box of chocolates to celebrate a birth in his family. Instead of sending a personal check to pay for the purchase, as others would do, he appointed a former head of his Department to pay the bill with taxpayer’s money. This Department head was, in fact, involved in the festivities and joy of the newborn in the Guerrouj family. May God grant long life to all.

This case is more than just one of “dishonesty,” a word used by some officials to justify this type of behavior. It is, truthfully, a disregard for the type of morality that should characterize any position of responsibility. It is also a disdain for integrity and values from a Minister who was responsible for public service and administrative reform. The worst part is that this Minister did not apologize for his actions until now, and his party didn’t insist on his apology or push Guerrouj to resign. No, the Popular Movement chose to run away, claiming that “the minister is innocent” and assuring again that a commission of inquiry was set up to investigate the case.

Another version of the story claims that the store sent the bill to the wrong address. So, it was sent to the Ministry instead of to the minister’s home, but this mistake has since been repaired. This cost ten days of confusion, during which Guerrouj and the party’s general secretary Mohand Laenser seem to have swallowed their tongues. As for the Popular Movement, it seems to be totally indifferent to its reputation and image among the people and voters. The most extraordinary thing is that the Guerrouj denial occurred the same day as the losing of the bill in the archives of the Ministry. This is a crime, and perhaps an even more serious crime than the act itself. Indeed, the law condemns the concealment or destruction of evidence.

But this is not the fault of that Minister who “came out of nowhere” and was appointed to the government through the usual ways – those of clientelism and nepotism, which propel executives in such political parties. No, the shame is reflected on the head of government Abdelilah Benkirane, who was unable to demand Laensar to sanction Guerrouj. Indeed, how can the government declare its austerity, reduce public investment, or decrease energy prices, while a Minister sends his parturient wife a MAD 33,000  box of chocolates with taxpayer’s expenses? It is true that the Minister does not fear investigation or examination by his party or head of government, and certainly not the public. Guerrouj could not afford this box of chocolates with his own money, as his pay as Minister is barely double the price. The solution was to charge the department for this extravagant spending. This denotes the prestige of wealthy families who spend lavishly for this kind of occasion.

Many ministers lose their mind once they set foot in their offices, thinking they have reached the top of the hierarchy in power and wealth, and have acquired the glory of receiving dahirs from the palace. But this is a great danger, even in democratic and rich countries. The ministry is not a social lift, nor is it a way of social mobility. It is quite the contrary. Some ministers lose money by entering the government because states don’t pay huge salaries to serve the nations. They provide government employees salaries equivalent to the upper middle class and not to the rich; this is because they believe that public service is based on the spirit of sacrifice and renunciation. Recognition is not material, but moral.

European ministers receive wages only 5 or 6 times the minimum wage in their countries. They live in functional apartments and not in luxurious villas. And they live a nightmare for every euro spent mistakenly. There are, indeed, many corrupt ministers in these countries; after all, they are humans and not angels. But if they are confused, then it is the end for them: they lose their functions and their population’s respect. However, in Morocco, it is not like this. Moroccan politicians support each other and defend each other against whistleblowers. Do you remember the Department of Finance bonus issue? Do you remember Moncef Belkhayat’s car that cost a fortune to the Ministry of Youth and Sports? Do you remember the Alioua apartments? Corruption has no limits in the world. And Benkirane must recognize this, even as he continues to escape when scandals erupt.