Taroudant - The tax revenues for Moroccan alcohol and tobacco sales have reached MAD 80 billion (about $96 million) in 2012. 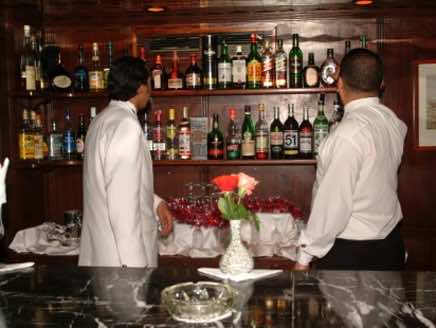 By
Larbi Arbaoui
-
Larbi is a freelance writer and assistant editor at Morocco World News.
Feb 7, 2014

Taroudant – The tax revenues for Moroccan alcohol and tobacco sales have reached MAD 80 billion (about $96 million) in 2012.

According to the Moroccan daily Al Akhbar, this figure was announced by Zouhair Chorfi, Director General of Customs and indirect taxes, during the meeting of Directors General of Customs administrations of the MENA region, held in Marrakech last weekend.

According to the same source, Chorfi highlighted the impact of alcohol and tobacco on the Moroccan economy.

According to a study conducted by Imperial Tobacco Morocco in 2012, 18% of the overall consumption of cigarettes was smuggled, which made the state lose MAD 2.2 billion.

The same source added that alcohol and liquors underwent a substantial increase in prices last month, ranging from 500 to 700 dirhams per hectoliter.

In a step to increase state revenue, the Islamist-led government increased tax on liquor sales in 2012.

The Moroccan law prohibits the consumption and purchase of alcohol by Moroccan Muslims; however, it is easily available in stores and supermarkets.

The controversial issue of selling and consuming alcohol in Morocco has been raised on many occasions.

Last December, Lahcen Haddad, the Moroccan Minister of Tourism, said he is against the prohibition of selling alcoholic beverages in Morocco.