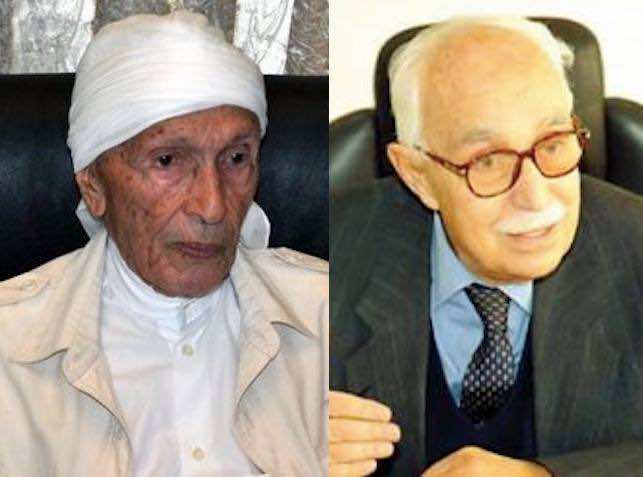 As usual, Abdelkrim Ghellab has started to criticize the works of another political leader, Mahjoubi Aherdane. He has also criticized other politicians’ works and showed the same ferocity against those who doesn’t share his orthodox view of history.

Ghellab has always defended the orthodox view. But this new aggression goes even further than usual—it is too much.

But, who is Abdelkrim Ghellab ?

Is he a neutral historian, leading academic, or researcher without any ideological or political interest? Does he assimilate facts like a detached student at university? Is he the guarantor of Moroccan history? Is he a man to whom Moroccans have entrusted the keys of their past, a past that Moroccans have sought to protect from different interpretations?

Abdelkrim Ghellab is, as everyone knows, one of the premier leaders of a political party, namely the Istiqlal (a conservative right-wing party). He has dedicated his life to the party and has always defended Istiqlal ideology: “egalitarianism.” Abdelkrim Ghellab also runs a newspaper, al Alam. In addition, he has written a book entitled “History of the National Movement.” The book reflects the idea of a class that launched a national movement according to his political vision and social objectives.

A few years ago, Abdelkrim Ghellab wrote a commentary on the works of Fquih Basri, entitled, “The Foul Mouths,” which obviously disgusted him. Indeed, he didn’t appreciate the fact that the former opponent of Hassan II’s regime had brought a new historical reflection on Allal el Fassi.

In the past, Abdelkrim Ghellab has attacked the works of the famous journalist Mohamed Seddik Maaninou. He called them “delusions” because Maaninou brought to the light a sad and painful period of war that involved both the Istiqlal and Shura parties.

And now, as usual, Abdelkrim Ghellab has harshly attacked Aherdane’s works. He considers them “frivolous and insignificant,” and “[don’t] deserve to be read because it is full of distortions and historical lies.” He also added that “these memories should not be considered as historical documents.”

Is it possible for a human being to think that a politician’s works are full of lies or the absolute truth? Is it really necessary to see this type of works as true or hoax? A politician’s memories do not necessarily share the same thoughts with others who witnessed the same events; they don’t readily defend the same values or share the same positions.

Is it really mandatory that Aherdane reads Allal Fassi, Ahmed Balfrej or Mohammed Boucetta’s legacy  the same way as Abdelkrim Ghellab does? Furthermore, can you really argue that a leader’s different vision necessarily reduces his value?

Finally, memoirs do not contain absolute and definitive historical truths. No, the aim is only to relate the vision of a man or woman according to his or her personal experience.

An objective and neutral historical reading is the result of a combination of efforts. This perspective stems from neutral contributors who work as much as possible to collect, analyze, and fact check in order to tell a narration of the most realistic historical events.