Casablanca - A senior officer in the Auxiliary Forces refused to shake the hand of Zainab al-Adaoui, wali of the Gharb region. This was because he doesn’t touch women and doesn’t accept that they occupy a position of respect in the management of public affairs! 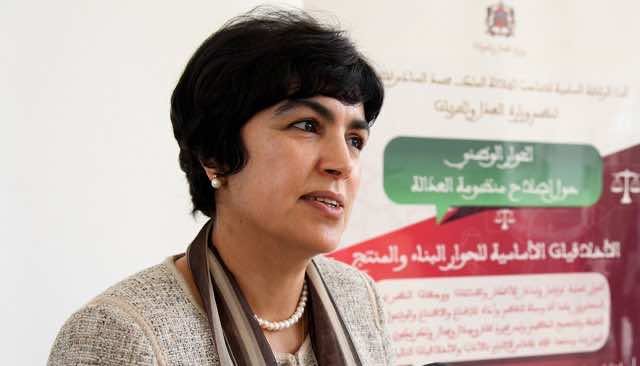 Casablanca – A senior officer in the Auxiliary Forces refused to shake the hand of Zainab al-Adaoui, wali of the Gharb region. This was because he doesn’t touch women and doesn’t accept that they occupy a position of respect in the management of public affairs!

We don’t want to throw gas on the fire by questioning the Minister of the Interior who administratively sanctioned the officer, but we must ask why there are still people among us who refuse to shake women’s hands in 2014.

The worst part is that this is a senior officer of the security services—a colonel of the Auxiliary Forces to be exact. On top of that, the vice president of Unity and Reform Movement—the guardianship authority of the Party of Justice and Development (PJD)—stated that the action of the colonel is based on a “religious principle that is part of human rights, which call for respect of difference and freedom of speech.” Since when is contempt for women religious?

Yes, we all know that the thought that woman is inferior and cannot assume administrative responsibilities or is mentally and religiously inferior is prominent. This idea easily spreads among ignorant and illiterate people who have never had the opportunity to learn something useful. But an officer of the security services thinks this way is serious, worrying, and should not be ignored.

We also know that there are a large number of people who are very conservative regarding the issue of women. Some treat their wives and daughters with severity, and public opinion used to think that this was personal and private business.

Nonetheless, those who are responsible for education, such as policemen, judges, clerics, politicians, and public officials, are required to be in contact with the society and with people. These people, through their radical religious beliefs, may be mistaken in their professional judgments. If these fundamentalist ideas enter the State, this is very bad for our country.

People should make the distinction between religion—faith adopted by all Moroccans—and the false production of some preachers who deceive believers and produce a truncated explanation of Islam.

Moreover, the State should show more firmness against radicalism in its government, just as it does when fundamentalism emerges in society. This severity should not be limited to security and law, but it should also be extended to the people of religion who are well informed. With this, they can communicate more, raise awareness, and proceed to revise textbooks that have an abbreviated understanding of Islam and encourage radicalism.

Spreading fundamentalism, even within the State, is the real aim of political Islam!