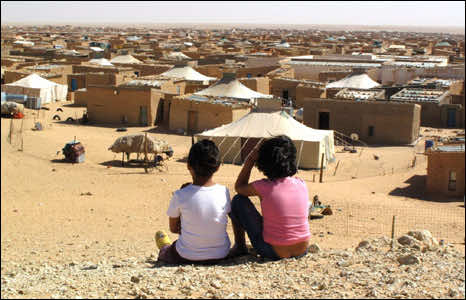 Rome  –  Moroccan and African human rights-defense associations, based in Italy, urged the US Robert F. Kennedy center for justice and human rights to take action against the systematic rights violations taking place in the Tindouf camps (stronghold of the Polisario in Southwestern Algeria).

The associations sent a letter to the American center calling “to shed light” on the assassination by the Algerian army last month near the Algeria-Mauritanian borders, of two young Sahrawis who were trying to flee “the hell of Tindouf”.

The network of the Moroccan community in Italy and the African federation in Toscany also denounced the brutal repression of demonstrators in the Tindouf camps who were protesting “the violations of their rights and human dignity”.

The associations also stress that “the uprising of young Sahrawis against the dictatorship of the Polisario mercenaries should incite some parties that still believe in the separatist movement’s theses that the Algerian regime is only attempting to protract, by any means, the conflict and jeopardize peace in the region”.

“The upheaval is a clear signal to the international community that it can no longer afford to ignore the violations of the dignity of men and women in the camps of shame”, they said.