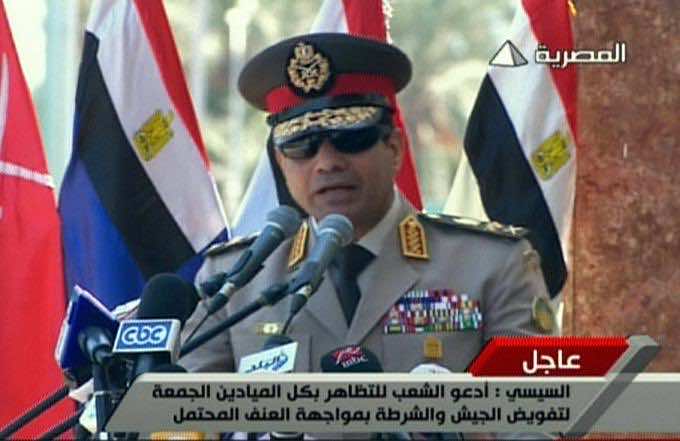 The talks would focus on “bilateral relations and aspects of cooperation between the two countries”, the statement said.

The trip comes “in response to the historic visit of the Russian defence and foreign ministers to Cairo” last November, the army statement said.

That visit came amid tension between Egypt and its longtime ally the United States, which has suspended some of its military aid to Cairo after Sisi toppled Islamist president Mohamed Morsi in July.

Egypt had close ties with Russia before then president Anwar Sadat made peace with Israel in 1979, bringing in roughly $1.3 billion in annual US military aid over the subsequent decades.

Since Morsi’s ouster, the military-installed government has been waging a deadly crackdown on his supporters that has left more than 1,400 people dead according to Amnesty international and thousands others jailed.

Sisi, who is hugely popular after ousting the unpopular Morsi, is expected to stand in upcoming presidential elections, which he is likely to win by a landslide.