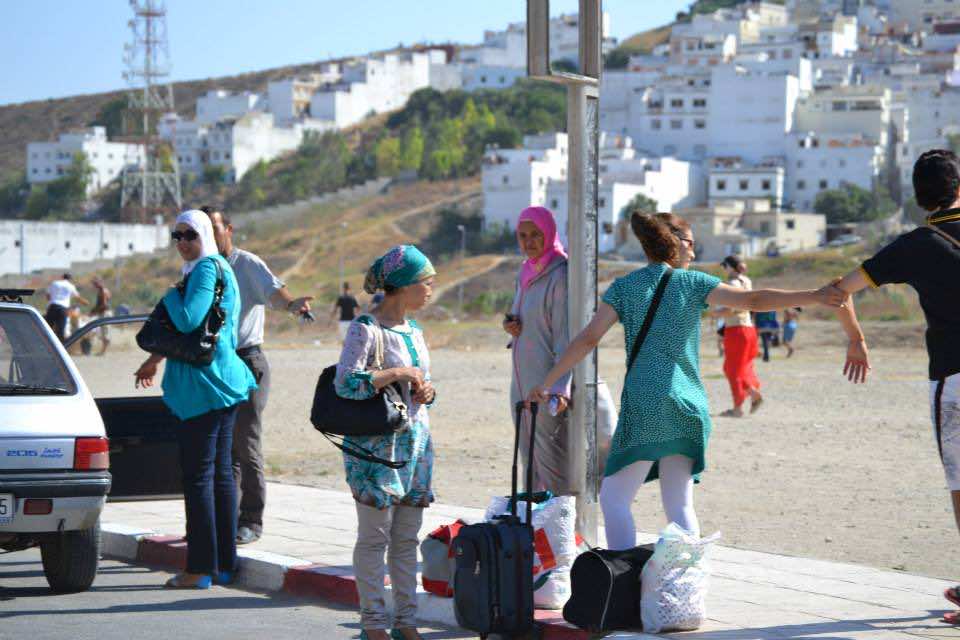 Code switching is both a linguistic phenomenon and a common behavior that occurs in bilingual speech. Code switching is an everyday reality in every place where more than one language is spoken in everyday communication. Myers-Scotton (157) describes this contact phenomenon as “the use of two or more languages in the same conversation without a noticeable phonological assimilation from one variety to the other.”

One other definition is provided by Grosjeean (137) who considers code switching as “a complete shift from one language to another, either for a word, a phrase or a whole sentence.” Code switching is often associated with bilingual speech in which speakers switch forth and back using two languages or more unconsciously. This contact phenomenon is a natural product and a hallmark of bilingualism and bilingual education where students consistently receive information in two languages.

The linguistic perspective deals with a sentence, the attempt being to identify the linguistic principles and constraints that govern the production of code switched utterances (Winford 126). The social approach is concerned with the role of society in the occurrence of code switching. Code switching is among the outcomes of a situation in which two languages or more are used in a given community.

Functions of and reasons for code switching

The reasons that we code switch in social life is for a  referential reason, using code switching as a tool to exclude people from conversation and thus showing the linguistic skills of a person. In many situations, code switching is seen as the best way to facilitate communication and to overcome the lack of some lexical items or expressions in a language.

Properly utilizing code switching gives the speaker the chance to compensate for a linguistic deficiency and guarantees the continuity of the conversation. For example some topics are usually discussed in a particular language, and thus, their introduction may provoke a switch (Ennaji 142). This is the case when two Moroccan engineers switch from Moroccan Arabic to French in order to discuss a technical topic.

Additionally, code switching is used to display one’s linguistic skills. This reason, in my opinion, is the most common in Moroccan society. In my experience, people tend to switch using languages in order to impress others and show their mastery of languages.

I sometimes participate in a conversation with my friends at the university. During these conversations, I am often able to generate some examples of code switching that are commonly used. On one occasion, we were all talking about a holiday and we started exchanging greetings and one girl said, “…Aid mobrek said….3lik o la famille bssa7a.”

We carried on our discussion hoping that my other friends would code switch in order to feed my curiosity and provide proof for my hypothesis. Then another friend said, “Tay3jabni l3id…. Surtout l’ambiance.”Another statement that further proved the important and frequence of code switching was when another girl said: “Mais l’ambiance dial l3id a changé.”

Code switching is the outcome of the multilingual composition of Morocco. It should not be seen as an unusual phenomenon, instead, it a natural product and a hallmark of multiculturalism and bilingualism.

Code switching has become an intrinsic part of our Moroccan identity. This fact motivated me to conduct a questionnaire to elicit the reasons behind the use of code switching. I conducted a survey with my classmates from the English department at Ben Msik University. I decided to center my research on attitudes toward code switching in social life. After explaining the concept of code switching, I asked the question, “do you code switch or not?” The results are as follows: 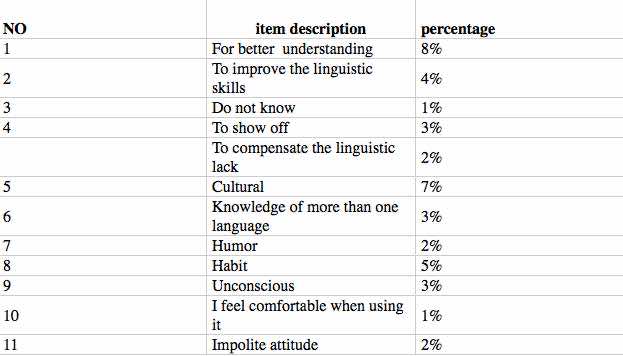