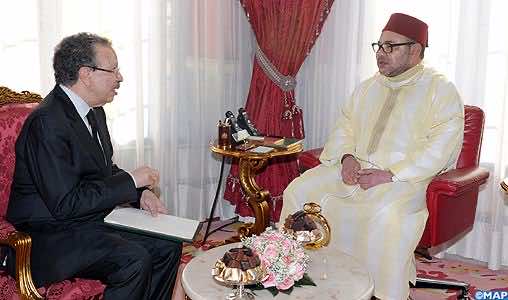 During this audience, Lahlimi submitted to the King proposals on the progress of preparations for the population census which the High Commission for Planning intends to conduct in 2014 and which is meant to give an idea about the citizens’ living conditions.

Data will be used to elaborate action plans for a better output of investment necessary in all areas and will enable to identify target populations.

On this occasion, King Mohammed VI reaffirmed the need to preserve the autonomy of the High Commission for Planning as an official body for statistic, economic, social and cultural information.

The sovereign also insisted on the need for an efficient cooperation and a close coordination between all government bodies and national institutions concerned by statistics in order to ensure accuracy and objectivity in this field and reinforce Morocco’s image and credibility with partners and international bodies.